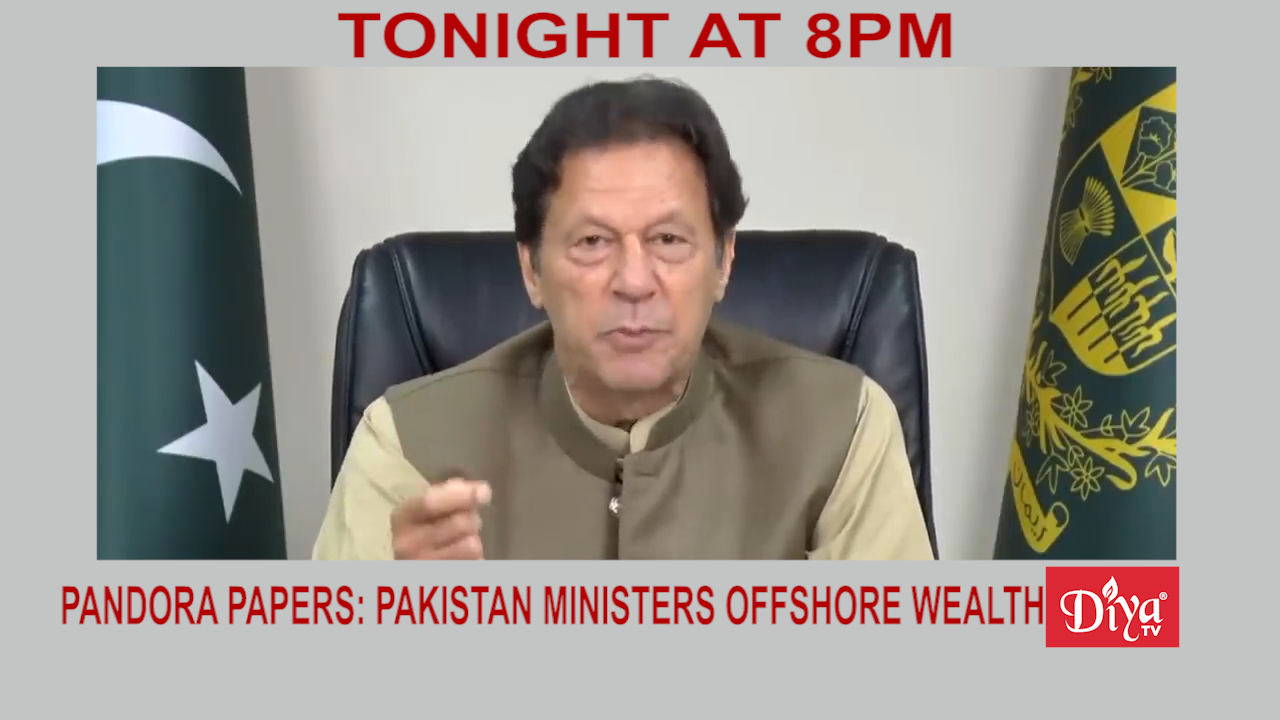 NEW YORK (Diya TV) — Prominent members of Pakistani Prime Minister Imran Khan’s government, donors to his party and family members of the country’s powerful military generals have moved millions of dollars of wealth through offshore companies. Those are the allegations found in the newly leaked documents called the Pandora Papers. Khan though was not personally named.

Tough week so far for social media giant Facebook. It’s back online after the company saw outages for several hours on all its platforms including Instagram and what’s app. Officials say it was due to router problems. And a Facebook whistleblower says the company put profits over people. tens of thousands of pages of internal research and documents were released, indicating the company was aware of various problems caused by its apps, including Instagram’s potential “toxic” effect on teen girls. Congress is being asked to take action against the company.

There’s a campaign for the Indian government to set the legal age of marriage at 21 instead of 18 for girls. A lot of young women are in favor. But there’s also concern that it could backfire. Activists say it could make it difficult for young people to marry someone of their choice and further tighten parents’ grip on young women’s personal lives. The Indian government set up a task force and is reviewing all options.