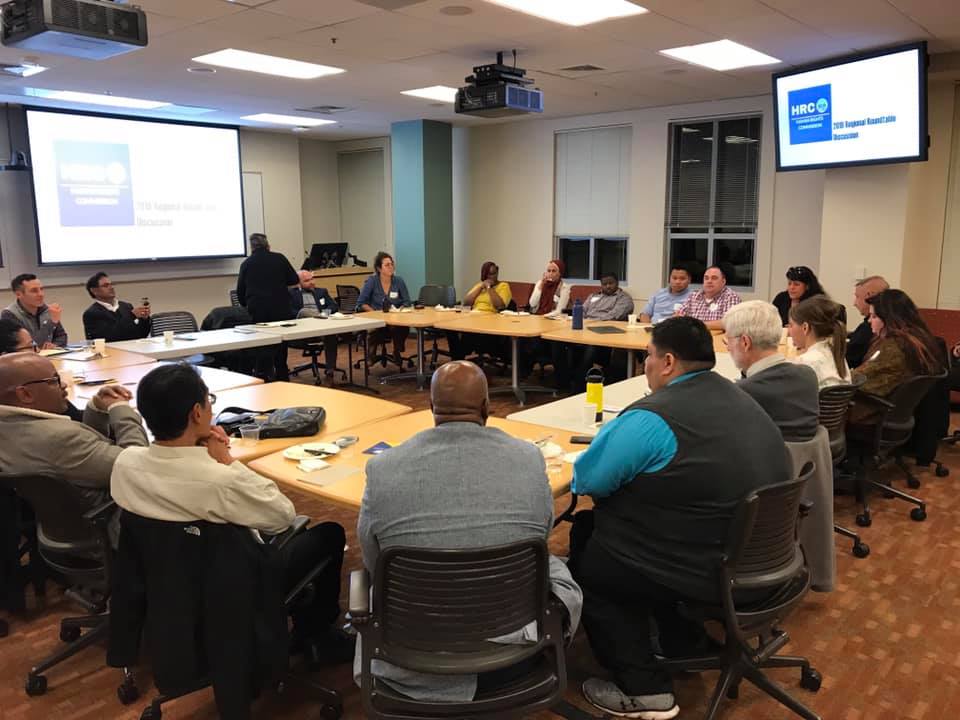 SANTA CLARA, Calif. (Diya TV) — The Santa Clara County Human Rights Commission will hold a public hearing on whether caste should be listed as a separate factor in their discrimination policy on Thursday, April 29, 2021. At least 200,000 South Asian residents live in the county that features some of the most prominent technology companies in the world. Following the California Department of Fair Employment and Housing lawsuit against San Jose based Cisco Systems, the Cal State University Student Association’s resolution on caste discrimination, and similar efforts at UC Berkeley, UC Davis, and the Claremont Colleges, the county represents the latest California institution motivated by a 2018 report authored by activist group Equality Labs.

While the official meeting agenda only mentions caste discrimination, a source familiar with committee deliberations disclosed part of the ad hoc committee’s efforts center on a proposed effort to collect caste demographic data called “Know Your Caste.” Such data collection would be consistent with formally defining caste as a protected category, as advocated by various Dalit, Ambedkarite, and other South Asian-focused progressive activist groups.

Equality Labs has generated extensive coverage in the United States, India, and even China. In addition, the group partnered with Indian American members of Congress Ro Khanna (D-CA) and Pramila Jayapal (D-WA) to commemorate Bhimrao Ambedkar, the late Dalit intellectual and chief architect of the Indian constitution, and discuss caste discrimination in Congress. Despite support and financial backing from progressive organizations, perceptions within the South Asian and Hindu communities vary widely.

“Equality Labs has prominently and even proudly displayed a track record of anti-Hindu bigotry. It repeatedly says that Hinduism is not a safe space for Dalits, when the fact is, Equality Labs is not a safe space for Hindus, let alone Hindu Dalits and Bahujans,” stated the Ambedkar-Phule Network of American Dalits and Bahujans in a letter sent to the Santa Clara HRC.

Apart from the group’s ideology, the report methodology itself has raised eyebrows, including the elimination of about 20% of responses for being “extreme or illogical,” lack of statistical testing, and reliance on self-disclosed (and not verified) caste affiliation – all disclosed by Equality Labs in the report appendix.

The reliance of American government entities on activist group findings does differ greatly from the British government’s approach. When considering similar legislation on caste, the government commissioned their own report that concluded, “uncovering the extent of caste discrimination in the UK would require a representative survey…something particularly challenging given the lack of pre-existing British population data segmented by caste.”

Some Hindus also question the fairness of public proceedings based on prior experience. “I was shocked by the clear anti-Hindu and xenophobic agenda,” said an American Hindu that attended the Cal Poly Student Association’s public hearing on caste discrimination. Members of the public had just thirty seconds each to speak to respond to the unanimously passed resolution stated to be “in compliance with the recommendations of Equality Labs.” “As a California taxpayer, I am appalled by the complete lack of ethics that the CSU committee showed in not consulting objective parties from both camps or consulting the public before making their decision.

At the same time, the Hindu American Foundation and other South Asian groups also publicly condemned casteism, whether in diaspora or origin countries. “Nobody should face workplace discrimination based on South Asian caste,” said Guha Krishnamurthi, Assistant Professor at the South Texas College of Law. “Drafting the legislation appropriately can be difficult…the [SC] Human Rights Commission and other deliberative bodies are there to help do that. To that end, we should support such deliberative bodies.”

The prospect of such policies in the United States has stoked concerns “the addition of ‘caste’ as a specific protected category, however, would single out and wrongly target only one community.” In a letter to the Santa Clara Human Rights Commission, the Hindu American Foundation said “[Hindu] employees fear accusations in the midst of general ignorance about Hinduism, widespread stereotypes and misinformation about caste in India, and the lack of cultural context of HR professionals, are endangering their jobs and impacting their mental well-being.”

The Santa Clara County Human Rights Commission hearing will be held virtually at 5:30 PM PST on 4/29 and is open to members of the public. You can watch it live here:

EDITOR’S NOTE: No decision was made during this marathon session and there will likely be additional public forums to discuss this topic in the near future.