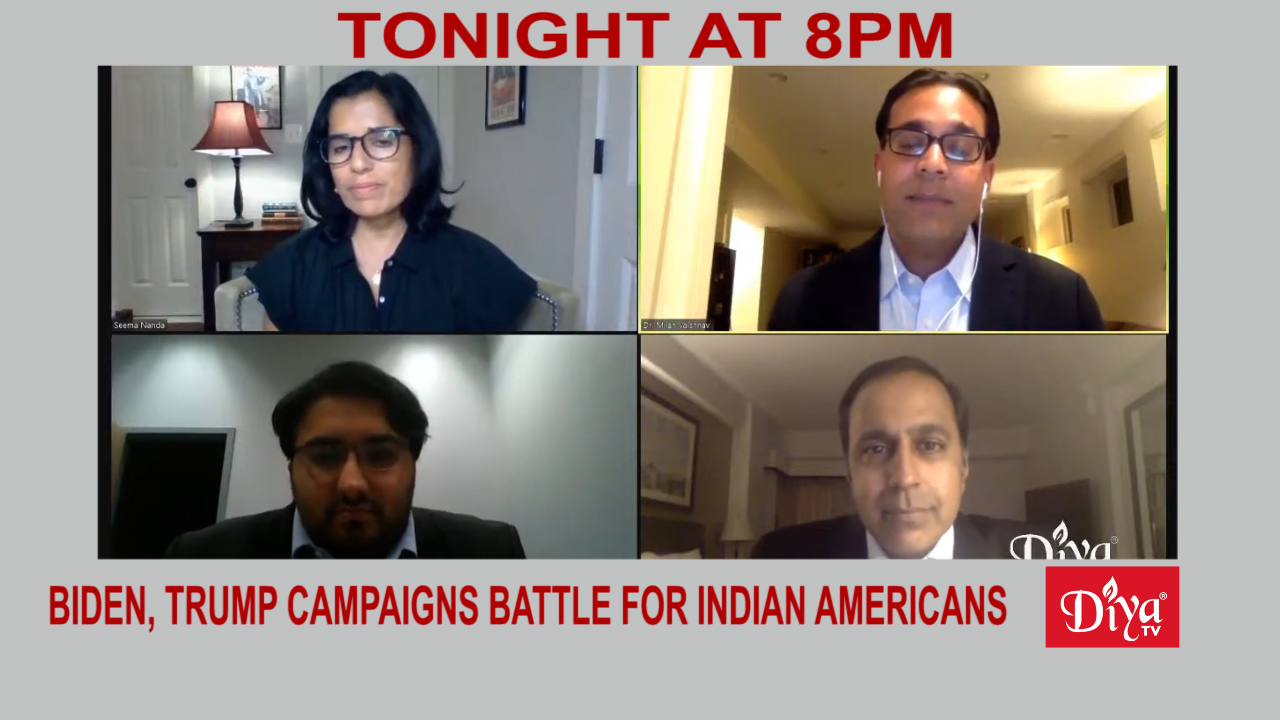 WASHINGTON (Diya TV) — Two new surveys conducted about Indian Americans have similar conclusions when it comes to this block voting group that appears to be in play this November. The Indiaspora-AAPI Data survey says 65% of Indian Americans support Vice President Biden. But that’s down from 77% in 2016 when Hillary Clinton was the Democratic nominee.

Meanwhile, a survey conducted by the Indian Voices for Trump advisory group concludes as many as 50% of potential Indian American voters will defect from the Democratic Party and vote for President Trump namely because of his close relationship with Indian Prime Minister Modi. With hundreds of thousands of Indian American voters living in eight key swing states, they could be the difference between a win or a loss in November.

While America is having a challenge at getting a handle on COVID-19, India is approaching 6 million confirmed cases, the second-highest total in the world, with the death toll at nearly 100,000 people.