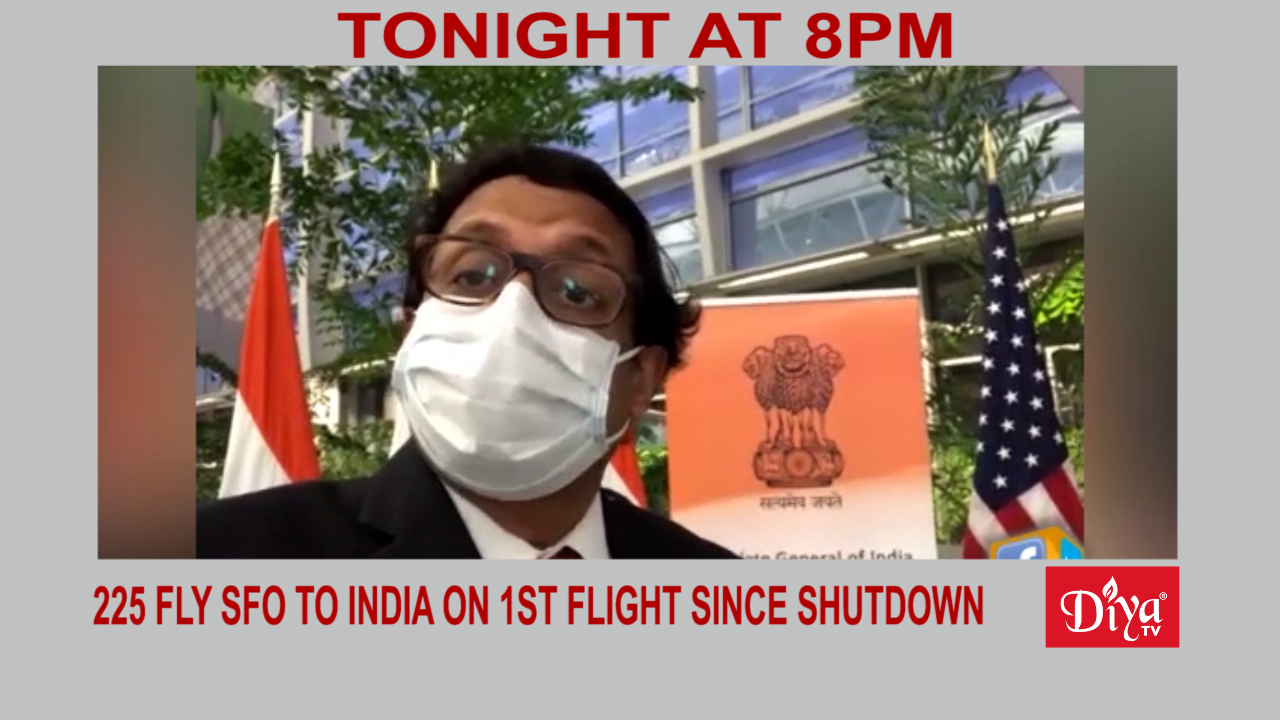 SAN FRANCISCO (Diya TV) — The first batch of Indian nationals stuck in the United States for weeks because of COVID-19 shutdowns departed from San Francisco and are now in Mumbai. The 225 passengers on board are part of a global effort to repatriate hundreds of thousands of people that need to be back on the subcontinent due to special circumstances under the Government of India’s Vande Bharat mission. Only on Diya TV is OUR conversation with India’s Counsel General in San Francisco, Sanjay Panda, who gave full context of this mission that has the Indian government working overtime.

87-year-old former Indian Prime Minister Manmohan Singh was released from a New Delhi hospital. Singh suffered a reaction to new medication and a developed fever. He was given a test for COVID-19 that came back negative.

Tesla, California’s only car manufacturer, may be looking for greener pastures after their Fremont factory was not allowed to reopen by Alameda County. In a series of tweets, CEO Elon Musk said this was the last straw and on Monday, he opened the factory up anyway. Meanwhile, there are a number of states actively courting Musk & Tesla, whose stock price has soared in 2020.