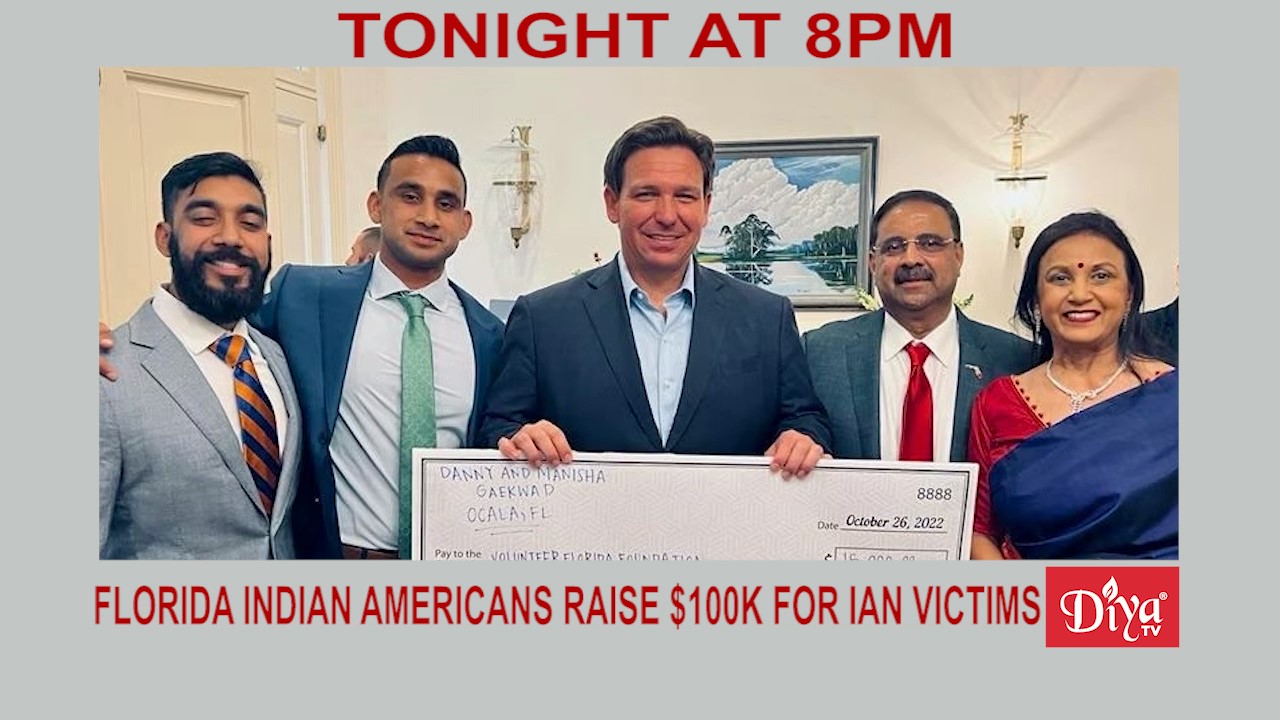 Tampa, FL (Diya TV) – Entrepreneur Danny Gaekwad and other Indian Americans in Florida raised $100,000 for a fund to help victims of Hurricane Ian, which hit the state late last month. The contribution was announced at a Diwali event hosted by Gov. Ron DeSantis, who also said Indian Americans also can contribute to the Florida Disaster Fund run by First Lady Casey DeSantis.

An Indian national living in Iowa City was sentenced to more than 17 years in prison after pleading guilty to charges relating to receipt and distribution of child pornography. Authorities say 30 year old Sameer Chandulal Patel had distributed, received, and possessed more than 18,000 images and 14,000 videos.

Authorities say the man accused of attacking House Speaker Nancy Pelosi’s husband, told police he was on a “suicide mission,” according to prosecutors. Daniel Depape also allegedly had plans to target other local and federal officials, as well as their families. Depape remains behind bars.

Another Hindu Temple vandalized, this time in Edison, NJ