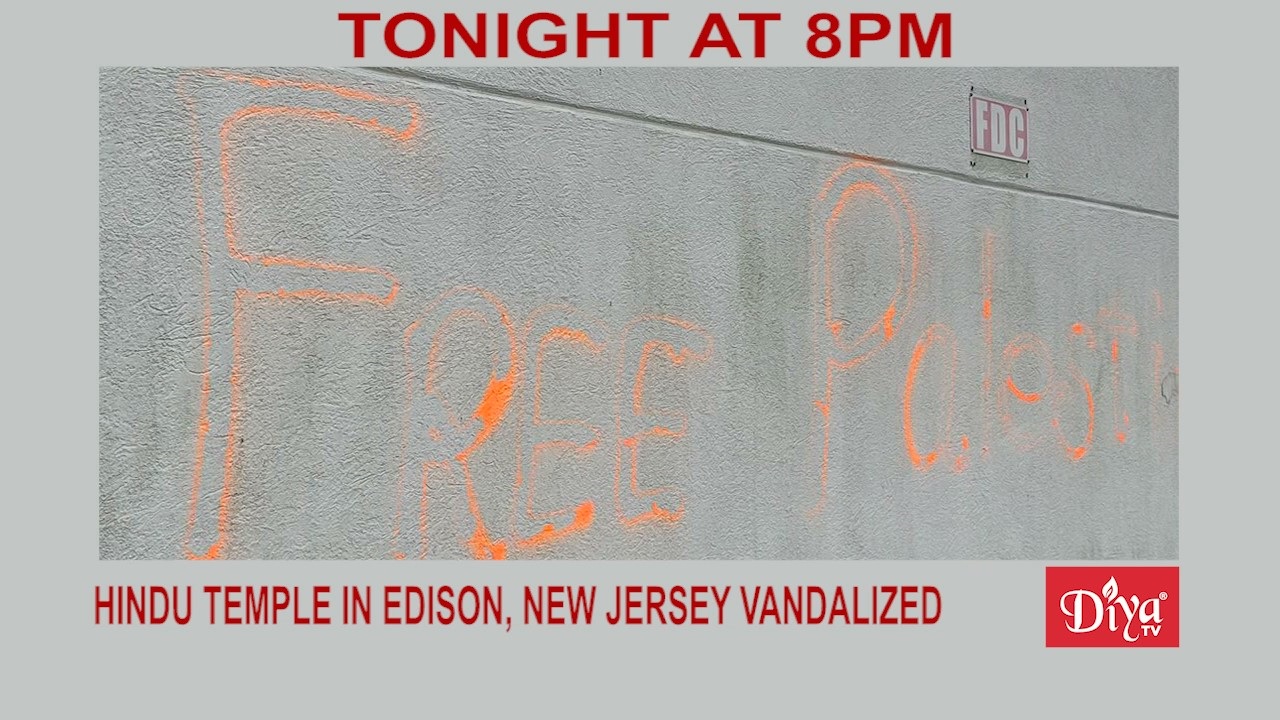 NEW YORK (Diya TV) – Authorities say the Shree Umiya Dham Hindu Temple in Edison, NJ was vandalized with “Free Palestine” graffiti. The temple was tagged a day after the Indian American community held a “March for Unity” event with several organizations. Anti-India & anti-Hindu agitator Pieter Friedrich was also on hand, trying to paint the community as extremist and intolerant.

More than 140 people died and many were injured after a cable bridge collapsed into a river in the western Indian state of Gujarat. Days ago, the 19th-century, colonial-era bridge was reopened after renovation. Officials said that the bridge gave way because it could not handle the number of people on it.

Hindu Heritage Month concluded with multiple U.S. House and Senate offices this year holding events and scores of cities around the nation recognizing the diaspora, as well as Diwali and its significance to the Hindu, Jain, Sikh and Buddhist communities.