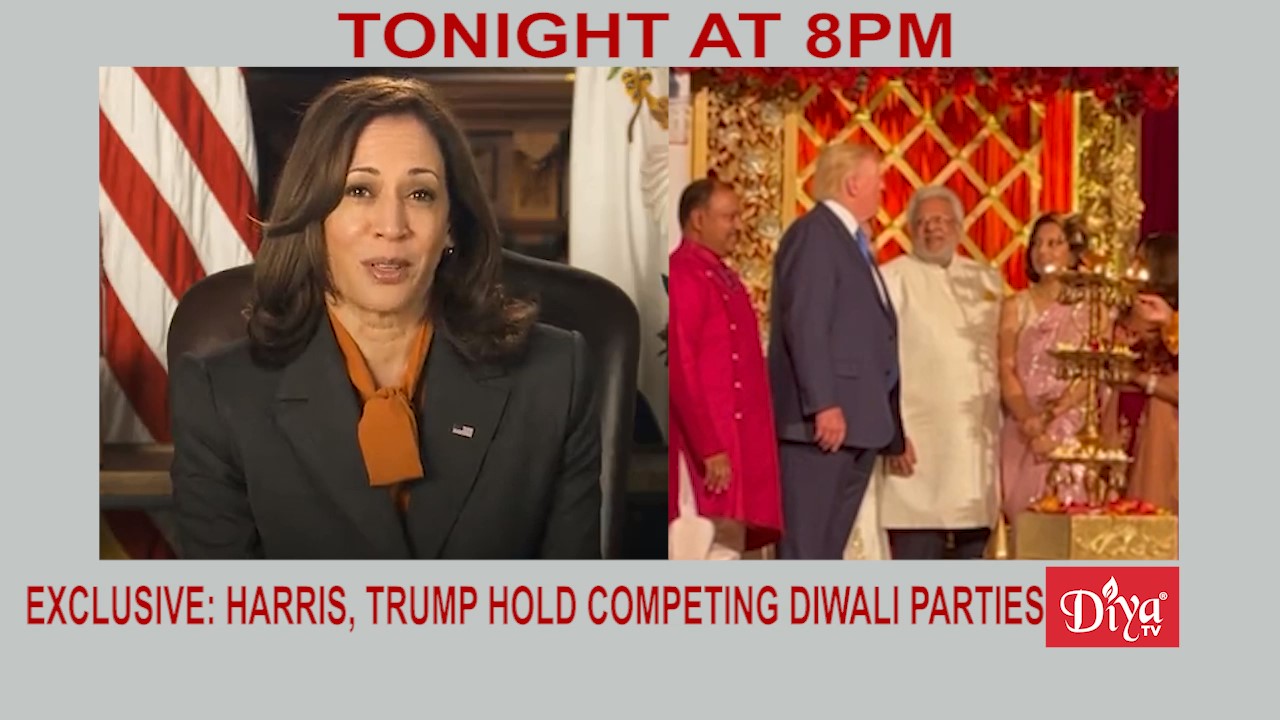 SAN FRANCISCO (Diya TV) -For the first time ever, Democratic and Republican leaders held competing parties celebrating Diwali, the Festival of Lights, featuring Vice President Kamala Harris and former President Donald Trump respectively. Harris and the Second Gentleman Doug Emhoff invited well wishers to the Naval Observatory in Washington for food, dance and sparklers. Trump played host to the Republican Hindu Coalition at his Mar-a-Lago home in South Florida. At the event, Trump told the crowd he would support RHC Founder Shalli Kumar as U.S. Ambassador to India, as its all but a foregone conclusion Trump will run for President once again in the 2024 cycle.

The U.S. Agency for International Development and the U.S.-India Strategic Partnership Forum’s renewed their ongoing partnership, laying the foundation for another five years of close cooperation. They also expanded their areas of focus to address the climate crisis, strengthen healthcare, and development in India.

One on one with White House Advisor Neera Tanden