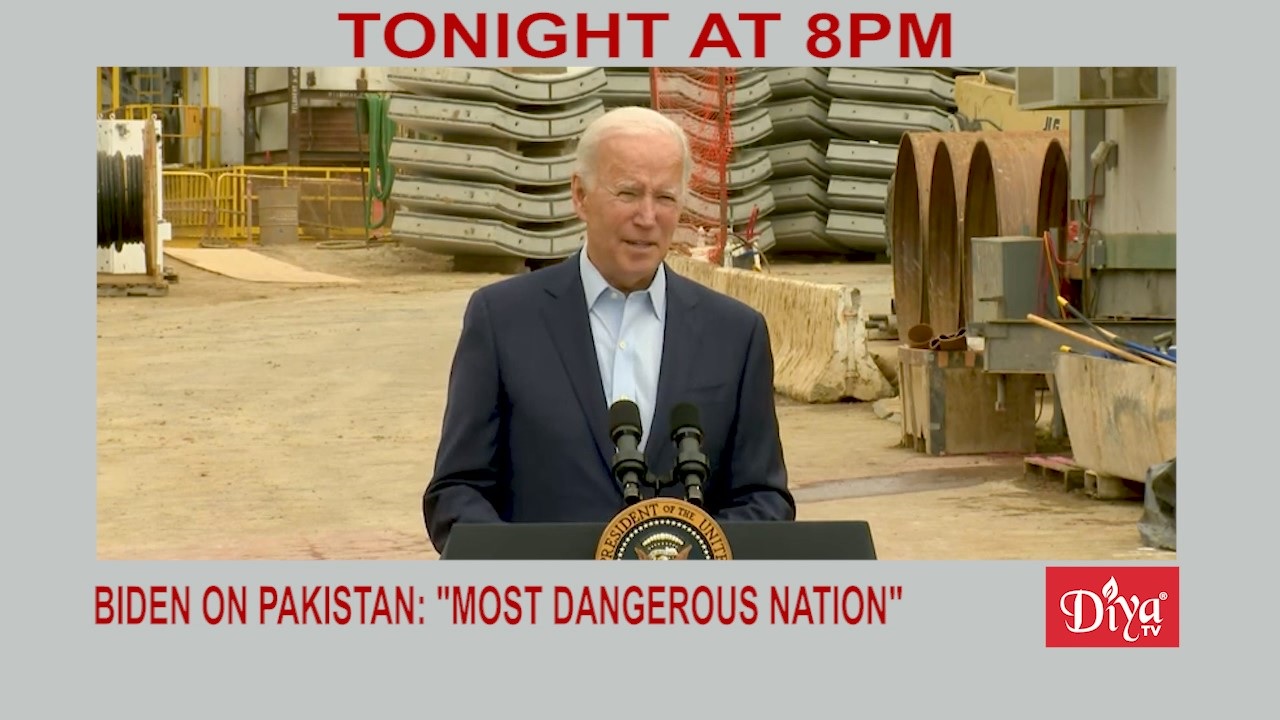 LOS ANGELES (Diya TV) – President Joe Biden is calling Pakistan “one of the most dangerous nations in the world,” referring to its collection of nuclear weapons. Meanwhile, Pakistan’s Foreign Ministry of Affairs responded by saying it was disappointed to hear this and also added that the South Asian nation which borders India, is responsible with its arsenal of weapons and has strong safeguards in place.  Biden made the remark at a fundraiser for the Democratic Congressional Campaign Committee in Los Angeles while discussing Chinese President Xi Jinping.

In Oakland, California, Uber driver Bimal Thapa Magar says he was carjacked at gunpoint. The men allegedly asked the driver where he was from and when he responded “Nepal,” they took his wallet, keys, and drove away. No arrests have been made.