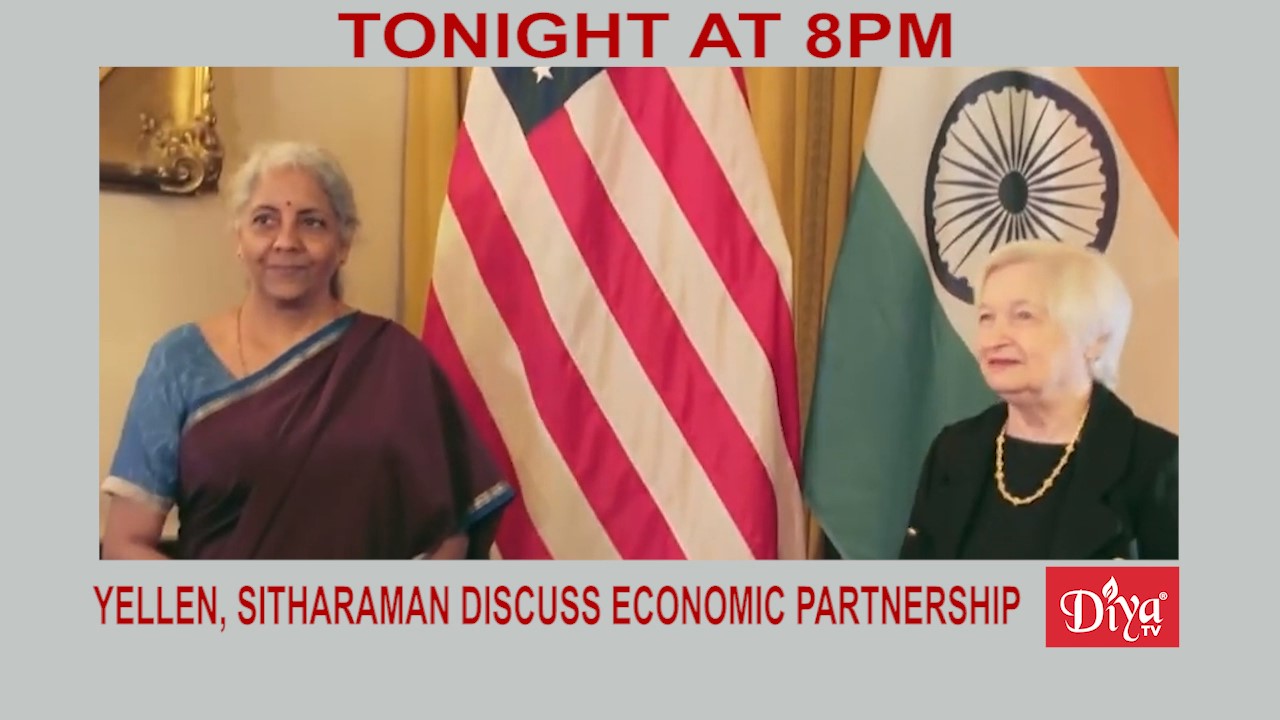 SAN FANCISCO (Diya TV) – US Treasury Secretary Janet Yellen says India’s relationship with the US  is critical in addressing the world’s global economic challenges.  After her bilateral meeting with Indian Finance Minister Nirmala Sitharaman, Yellen announced that she would travel to India next month to attend the ninth edition of the US-India Economic and Financial Partnership.

India’s trade deal with England is on the “verge of collapse” after Indian ministers reacted furiously to comments by Suella Braverman criticizing migrants from their country. Last week the home secretary said she had “concerns” about the trade deal because it would increase migration to the UK and Indians represented the largest group of visa overstayers.

The House January 6th committee has subpoenaed Donald Trump for his testimony about the 2021 Capitol attack. The panel voted unanimously to compel the former president to appear. This week’s hearing is to be the final presentation from lawmakers before the midterm elections. But staff members say the investigation continues.

Biden on Pakistan: “One of the most dangerous nations”