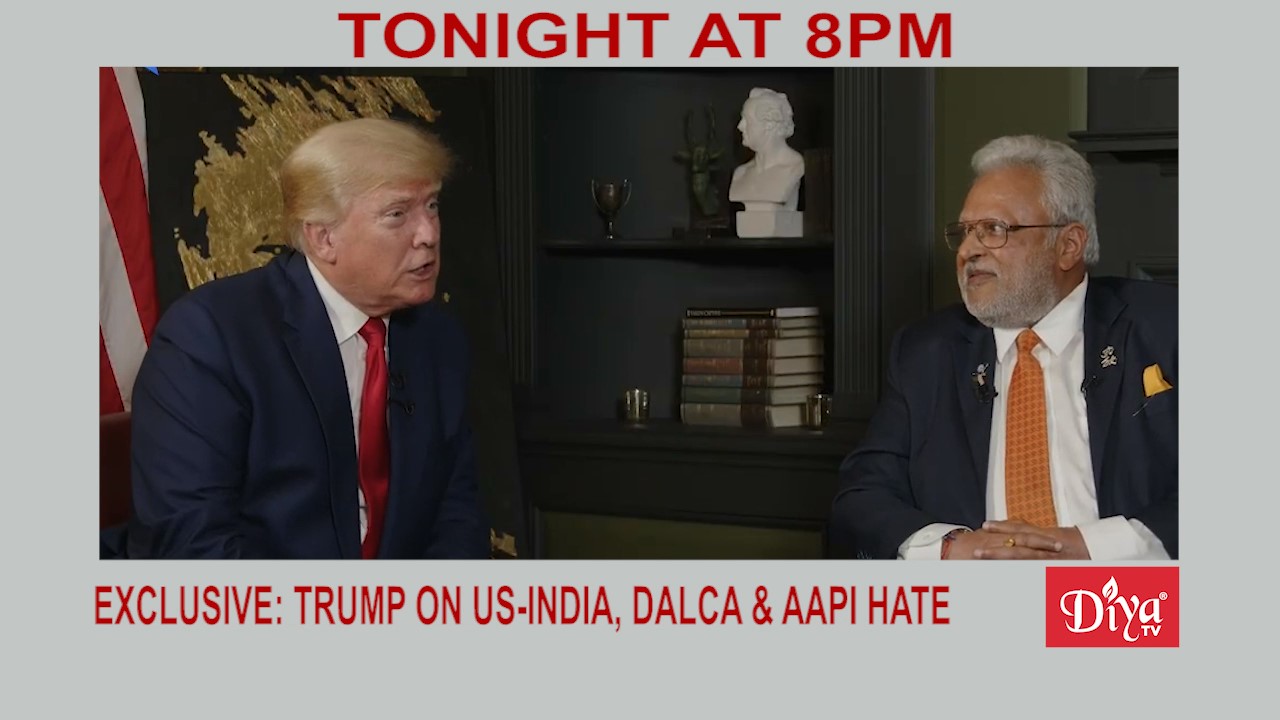 NEW JERSEY (Diya TV) — Diya TV’s Ravi Kapur spoke exclusively with President Trump about his involvement in the upcoming midterm election, whether he’s going to run in 2024, as well as efforts to reach Indian and Hindu Americans. And first on Diya TV, Trump and Republican Hindu Coalition Founder Shalli Kumar unveiled their new slogan for the US-India relationship ‘Bharat & America: Sabse Acche Dost.’ and it’s gone viral around the world.

US Citizenship and Immigration Services expects to issue all available employment-based green cards from a record surplus this year. The situation represents a prime opportunity for Indian applicants, many of them working in the tech sector, who make up most of the 1.4 million-person backlog.

President Joe Biden commemorated the 21st anniversary of the 9/11 terror attack at a remembrance event Sunday at the Pentagon.  Nearly 3000 people died during the attacks that were orchestrated by Osama Bin Laden, who was eventually killed by U.S. special forces.