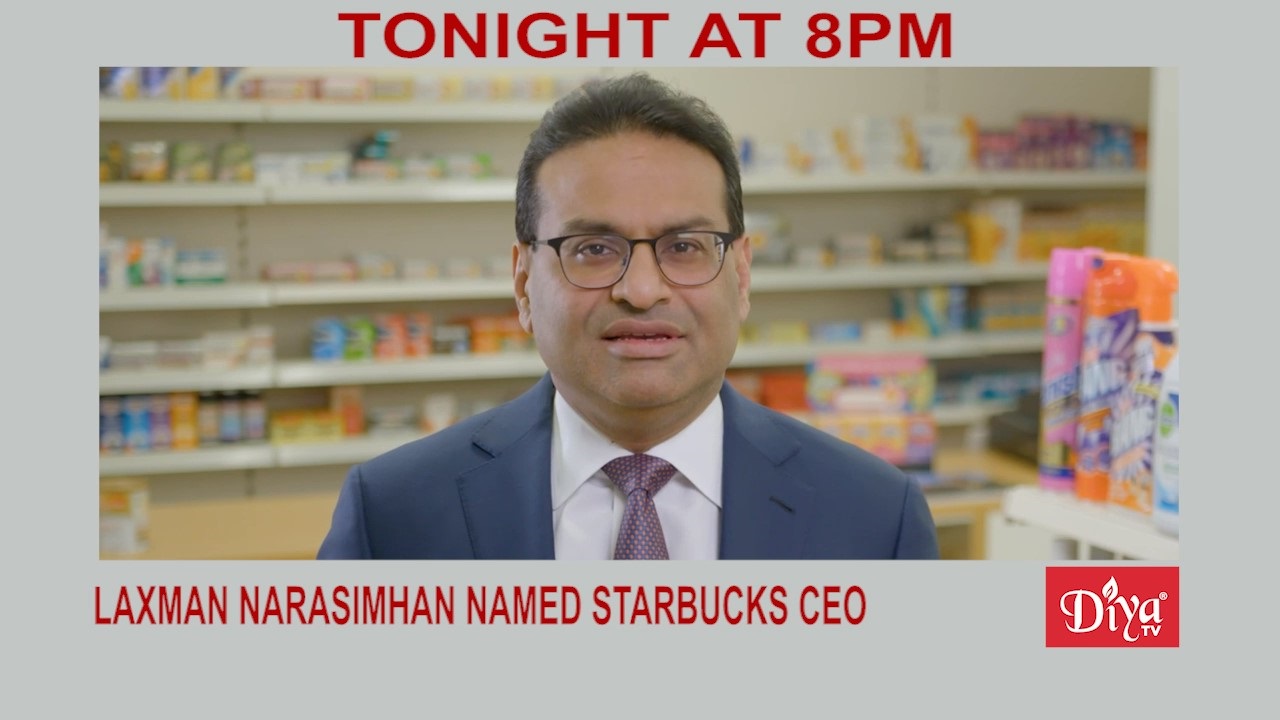 SAN FRANCISCO (Diya TV) — Coffee giant Starbucks has named its first ever Indian American CEO. Laxman Narasimhan is coming over from Reckitt Benckiser Group, where he’s now stepping down as that company’s top leader. Narasimhan steps into the role at a pivotal moment for Starbucks. The company is trying to fend off a unionization wave in the United States. Meanwhile, strict Covid-19 restrictions have been hurting its business in China, considered an important market.

Indian American teen Anika Puri has invented a device to spot elephant poachers in real time. It’s based on a simple process where an infrared camera is attached to an iPhone, that hovers over a park on a drone to detect the movements of elephants or humans.