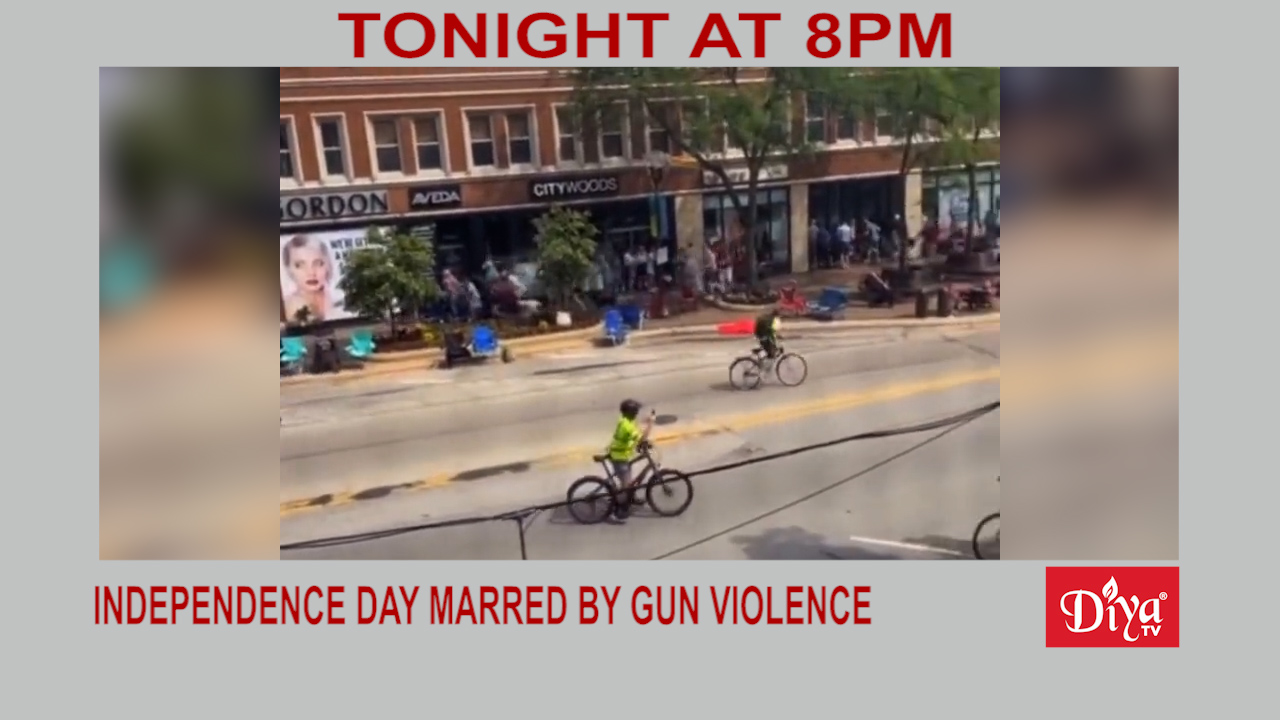 WASHINGTON DC (Diya TV) — America is still processing a series of July 4th shootings across the nation. Just outside of Chicago, a 7th person has died after a gunman opened fire during a parade in Highland Park. A 21 year old suspect is now in custody, but a motive is unknown at this time. In Philadelphia, two police officers were shot during a Fourth of July fireworks show and concert on the Benjamin Franklin Parkway. Both officers were treated and released from the hospital.

The latest data shows India is second in the world when it comes to the number of naturalized U.S. citizens, right after Mexico. Indian immigrants account for approximately 6 percent of the U.S. foreign-born population and is the fastest growing asian american group in the country

Indian American investor Chamath Palihapitiya is selling his minority stake in the NBA’s Golden State Warriors. He says the returns were not just economic, but intellectual and emotional as well. Last month, the Warriors won their fourth NBA title in 8 years.