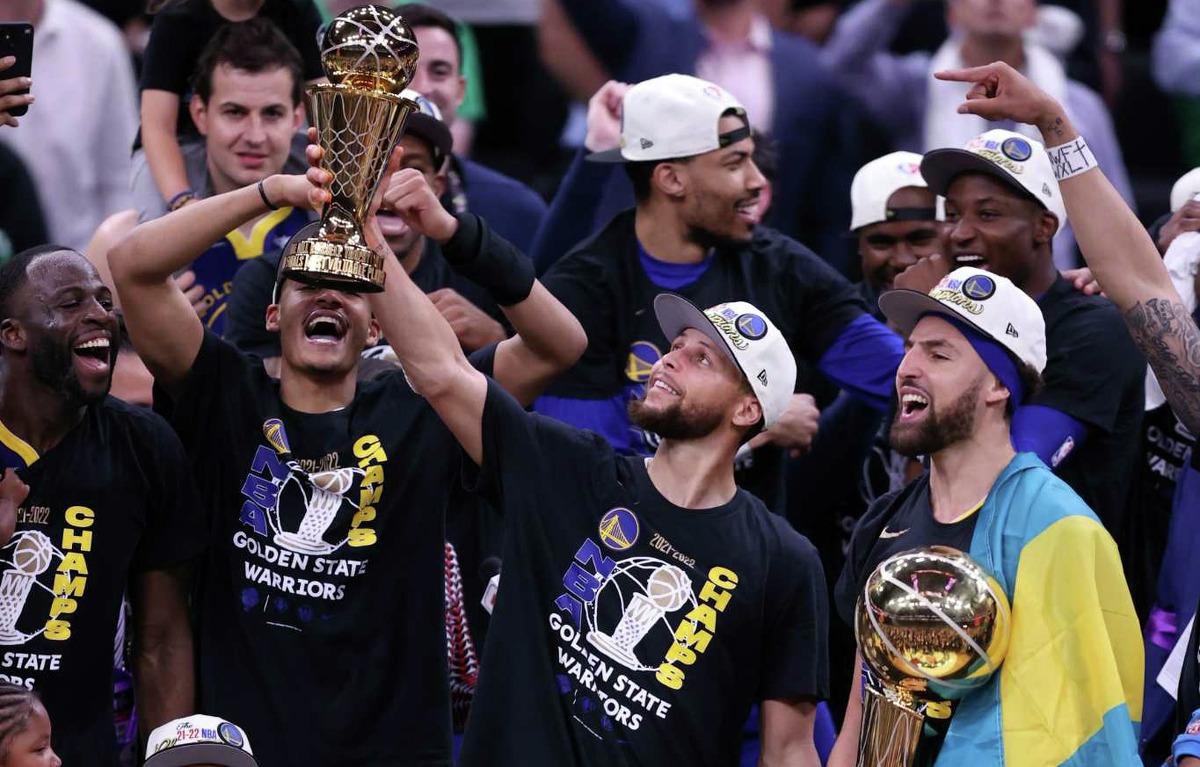 BOSTON (Diya TV) — As the clock hit zeros on the Golden State Warriors 2021 season, a devastating play-in loss to the Memphis Grizzlies, some wondered whether the Dubs could go on a deep playoff run again. With the Western Conference getting more competitive, the Warriors core of Stephen Curry, Klay Thompson, and Draymond Green starting to age, and questions surrounding role players starting to swirl, everyone acknowledged that it would be a tough climb back to the top of the mountain again.

Fresh off having the worst record in the NBA in 2020 and the aforementioned play-in loss the very next year, other teams had their guard down and were not expecting the Warriors to come firing out the gates in 2022. Starting with the season-opening win against the much touted Los Angeles Lakers, it became clear the Warriors would rely on the tried-and-true formula of years past: great role players to support the traditional core.

From that point on, the Warriors continued to put people on notice throughout the first half. While the Dubs were somewhat shaky after the All-Star Break, they carried through into the playoffs. However, there were people who made the same mistake as shown before the season: they let their guard down. The championship DNA of the Warriors made them a formidable opponent against any squad who crossed them. It first became evident in the opening round against the Denver Nuggets where the Dubs made quick work of the back-to-back MVP Nikola Jokic.

The Warriors then faced some adversity against the Memphis Grizzlies and rising star Ja Morant, with Gary Payton II going down with a shoulder injury. But, they were able to come together as a team and rally in his absence, winning the series in 6 games. Then came one more test in the West with superstar Luka Doncic and Dallas Mavericks. The Warriors showed their experience once again as the young Mavericks team was no match for Golden State.

The narratives had completely flipped. Golden State’s dynasty was still alive and another trophy on the mantle would further cement the famed Warriors trio as one of the greatest the league has ever seen, if people had not come around to that idea yet. The Boston Celtics would present the Dubs with their toughest challenge yet and things looked a little bleak early on in the series. However, a pivotal Game 4 win behind Curry’s 43 points led to the series completely changing. Game 5 saw the Warriors take a commanding win. Game 6 was the Warriors brand of basketball at arguably its finest.

Stephen Curry, the man who turned around the Warriors franchise and the Bay Area’s basketball culture, finally secured his Finals MVP after a lengthy wait. Klay Thompson completed his strenuous return to basketball with another ring after 2 years away from the court. Draymond Green got the last laugh against Celtics fans, with a bounceback performance in Game 6. Andre Iguodala, Finals MVP in 2015, attained another championship with the Warriors 7 years later. Jordan Poole, Gary Payton II, and Andrew Wiggins are all now in line for big paydays after getting their first rings. Steve Kerr also got his 9th ring overall, 5 as a player and 4 as a coach.

The Warriors showed on the night of June 16 why they’re gold-blooded. The core knew how to win on the biggest stage and this experience was able to be translated to the others who did not have said experience. The dynasty was thought to be over but the Dubs proved everyone wrong once they got back in the dance.

This offseason will prove difficult for the Warriors with many players now set up for new contracts. But for now, the Dubs will celebrate in San Francisco as the fans do the same. A rough few years for Dub Nation never deterred the Bay Area diehards as they are right back at the top, a sweet feeling they hadn’t had since 2018.

From a heartbreaking Finals loss in 2019 to a complete meltdown in 2020, the gold-blooded Warriors saw through it all and delivered another title back to the Bay.