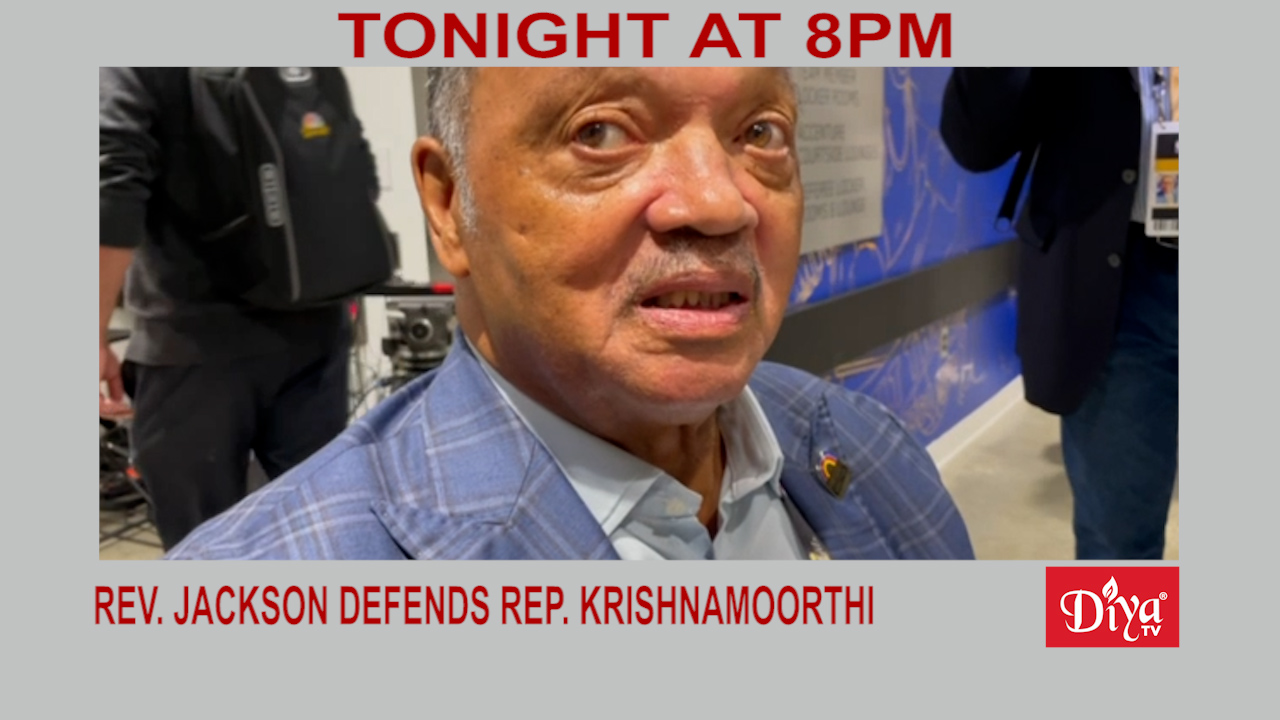 WASHINGTON DC (Diya TV) — Civil rights activist Reverend Jesse Jackson Sr. took to Twitter to slam anti-Hindu activist Peter Friedrich for allegedly making objectionable remarks against Illinois Representative Raja Krishnamoorthi.
In a series of tweets, the former Democratic leader remarked, “To put it bluntly: saying ‘Nazis out, Raja must go’& ‘Death to Krishnamoorthi’ is racist, bigoted, incendiary rhetoric that does not belong in our political or civic discourse,” he further emphasized. Diya TV spoke exclusively to Reverend Jackson and he is standing by his rebuke of Friedrich.

The Golden State Warriors bounced back in a big way in game two of the NBA Finals, taking out the Boston Celtics 107-88 to even the series at one game a piece. Stay with Diya TV for ongoing coverage and analysis.