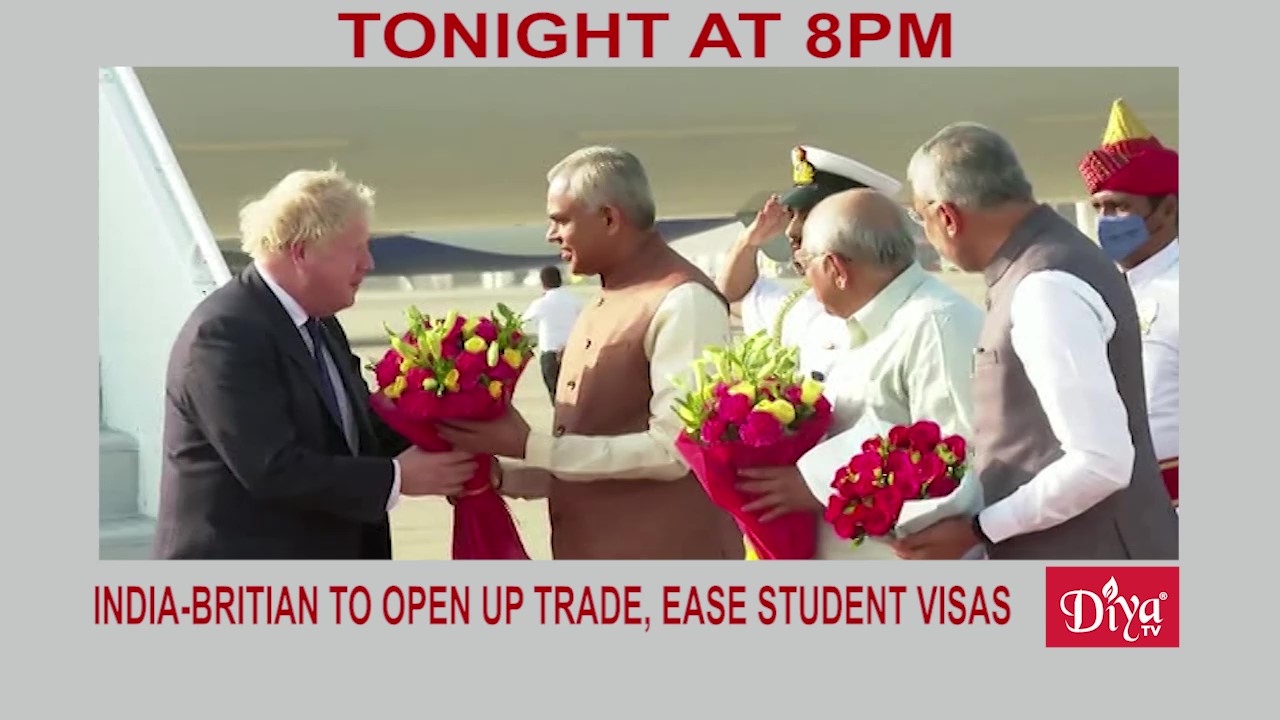 NEW DELHI (Diya TV) — India is trying to finalize a trade deal with Britain, and will also ask the UK to make it easier for Indian students and skilled workers to get visas. Prime Minister Boris Johnson is visiting India this week and will also engage in talks with Prime Minister Narendra Modi on strengthening trade ties and will discuss the war in Ukraine.

Six Indian Americans are among 180 scientists, writers, scholars, and artists awarded the 2022 Guggenheim Fellowships across 51 fields. They’re being recognized for their academic research and exceptional creative ability in the arts.

Production on “Being Mortal,” a film starring, directed, and written by Indian American Aziz Ansari, has been halted due to a complaint against fellow actor Bill Murray for “inappropriate behavior.” Ansari is now working with the studio to figure out the next steps.