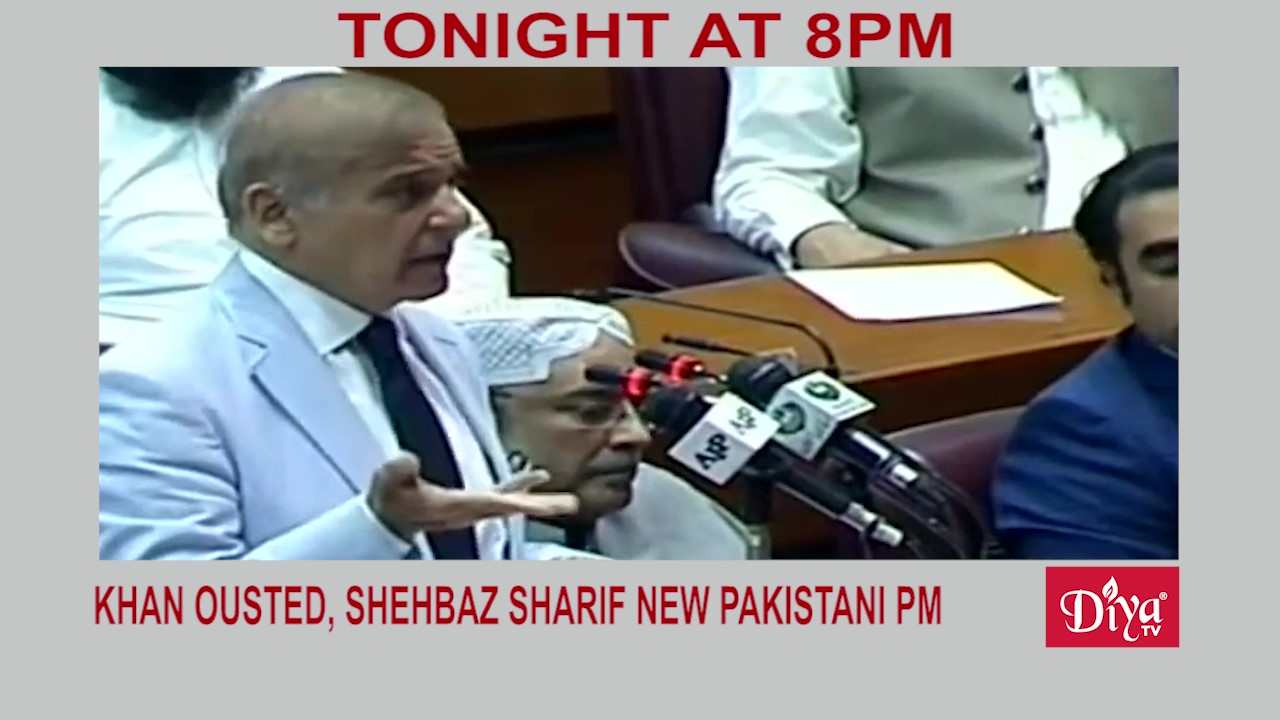 SANTA CLARA (Diya TV) — Imran Khan is out and Shehbaz Sharif is now the new Prime Minister of Pakistan. The 69 year old is the brother of former Pakistan Prime Minister Nawaz Sharif. Meanwhile, the new government is still being formed and there is chaos in the streets. But China is already jockeying for position and saying ties between the countries under this new leadership could be better for both sides. Before his ouster, Khan lost support from the country’s powerful military and could not withstand pressure from the opposition party.

US president Joe Biden considers ties with India “one of the most important in the world.” He made the remarks as both countries start the 2+2 ministerial talks this week, focusing on issues in the Indo-Pacific region. Biden says he expects this dialogue will continue driving forward work with India and shared goals. However, India’s Russian oil import has been one sore spot that has been brought up over the last few weeks after the US and other nations slapped sanctions on Moscow over the Russian offensive in Ukraine.

As experts feared, Sri Lanka’s economy is collapsing and turmoil has ensued in the streets. Shortages of food and fuel, along with record inflation and regular blackouts, have brought thousands of Sri Lankans to the streets as the country faces its most painful downturn since independence from Britain in 1948.