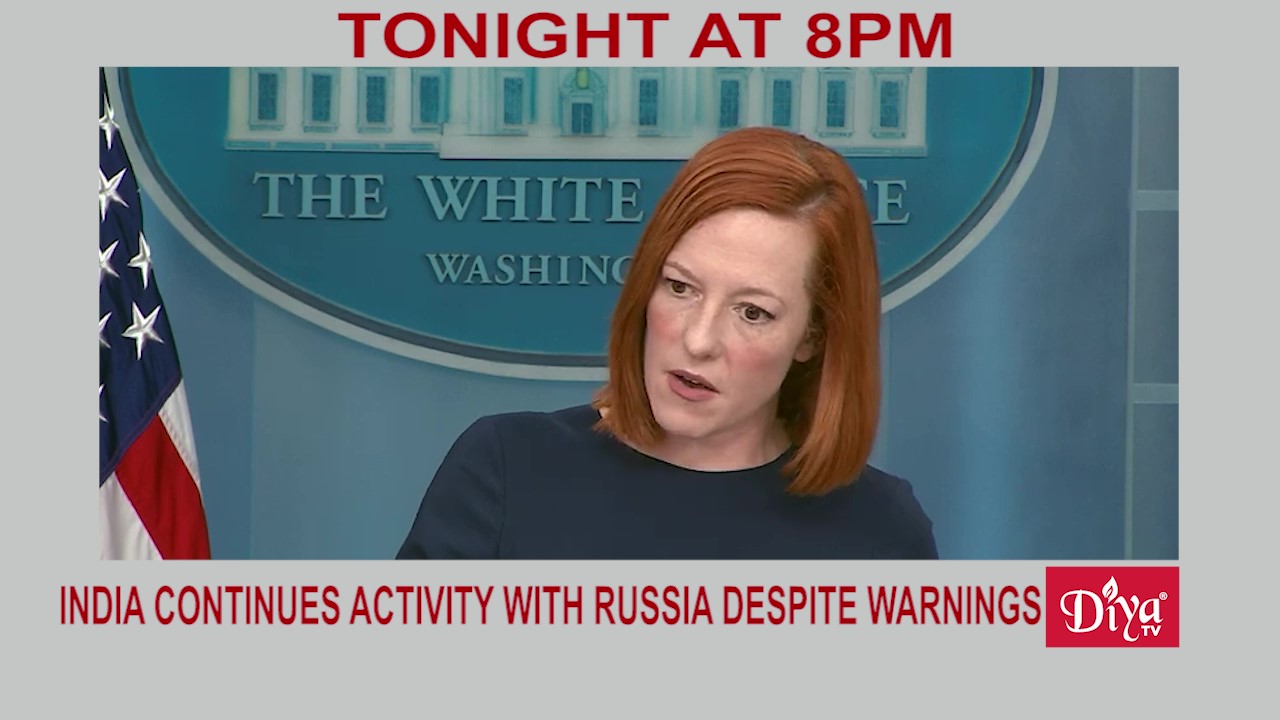 WASHINGTON DC (Diya TV) — The White House says it’s not in India’s best interest to buy more Russian energy like gas and other commodities. That’s what Jen Psaki told reporters during a press briefing. But India’s foreign minister says they’re trying to stabilize economic transactions with Russia, and also went on to condemn killings of Ukrainian civilians and also asked for an independent probe.
Washington continues to mount pressure on countries around the world to shun Russian oil.

India’s ambassador to the U.S. Taranjit Singh Sandhu hosted members of the House Foreign Relations committee including Indian American Representative Ami Berra. Sandu took to Twitter to say they discussed a wide range of topics including ways to strengthen the relationship between India and the U.S.

Ohio State Senator Niraj Antani is presenting a citation to honor Indian Director Vivek Ranjan Agnihotri for the Kashmir Files, the blockbuster movie depicting the genocide and forced exodus of the Kashmiri Pandits.