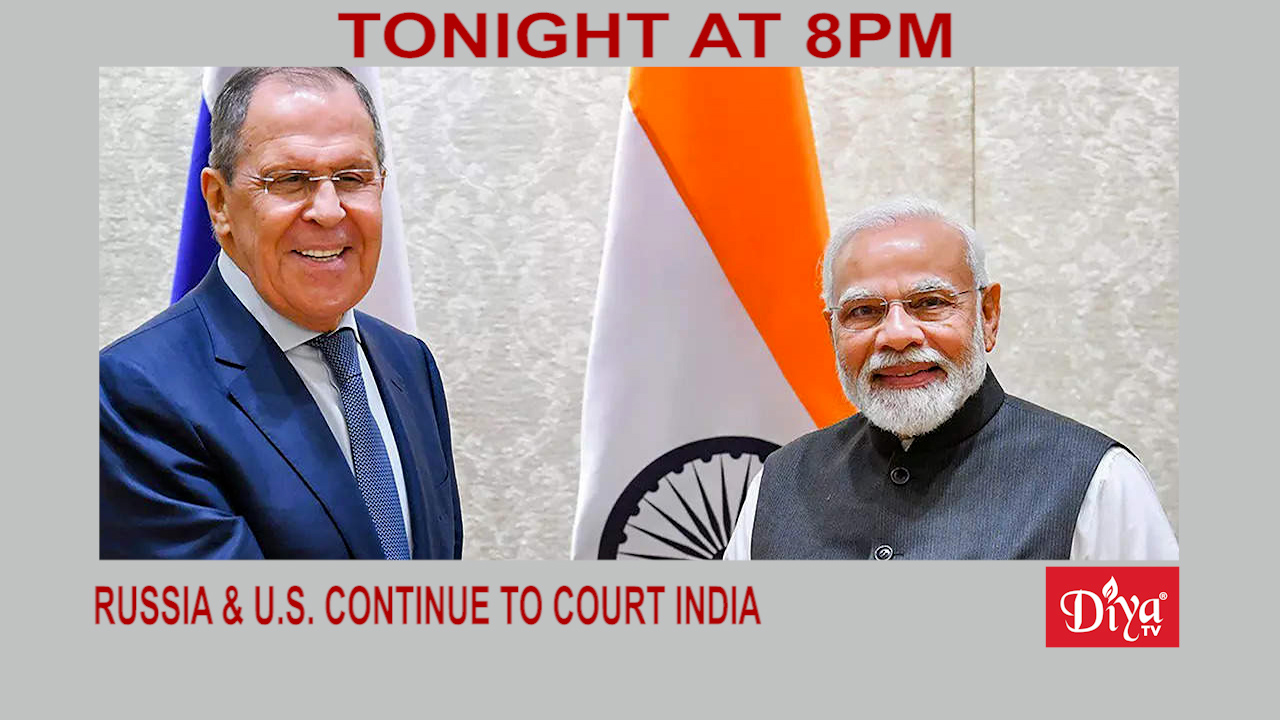 NEW DELHI (Diya TV) — Russian foreign minister Sergei Lavrov is in India and met with External Affairs Minister S Jaishankar. Russia is turning to India for support amid global isolation and is seeking greater trade and defense ties. Jaishankar says both sides continue to work on bilateral cooperation and discussed all the developments in the Indo-Pacific region and Ukraine. Lavrov went on the praise India for not judging the war in a one sided way.

Pakistan Prime Minister Imran Khan could be removed from office and is now blaming the U.S. for working with the opposition party, that’s accusing him of economic mismanagement and failing on foreign policy. But the Biden administration is denying those claims saying it is absolutely not true. Khan is desperately trying to hold on to power amid a threat of a no confidence vote by Pakistan’s parliament.

Vice President Kamala Harris’ deputy press secretary Sabrina Singh announced she is taking on a role in the Department of Defense. The Indian American went on to thank all her colleagues.