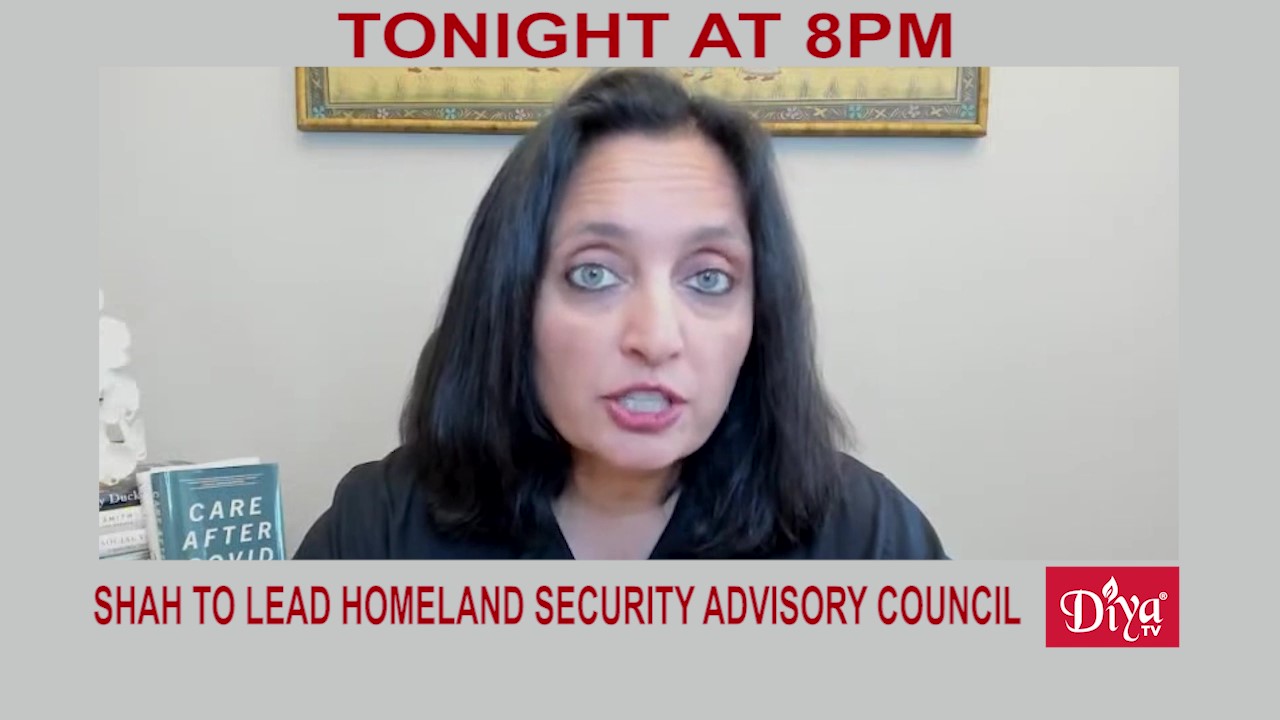 WASHINGTON DC (Diya TV) — Indian American Sonal Shah will lead the Homeland Security Advisory Council that will help the agency harness technology and innovation to modernize it’s programs.
Among her many accomplishments and leadership roles, she was the Founding President of The Asian American Foundation, the largest philanthropic organization serving the Asian American, Native Hawaiian, and Pacific Islander communities. Last year, she was also appointed by President Joe Biden to lead an advisory group for Asian Americans.

Astronaut Raja Chari took a 6 hour and 54 minute spacewalk in preparation for installation of a solar array at the International Space Station. It was the first spacewalk for Chari, commander of the SpaceX Crew-3 Dragon capsule and one of the first Indian American’s in space.

Federal prosecutors came out firing in the fraud trial of former Theranos executive Ramesh “Sunny” Balwani.  During opening statements, they alleged he and ex-lover Elizabeth Holmes worked closely together in a scheme to mislead investors about the blood-testing startup’s business.