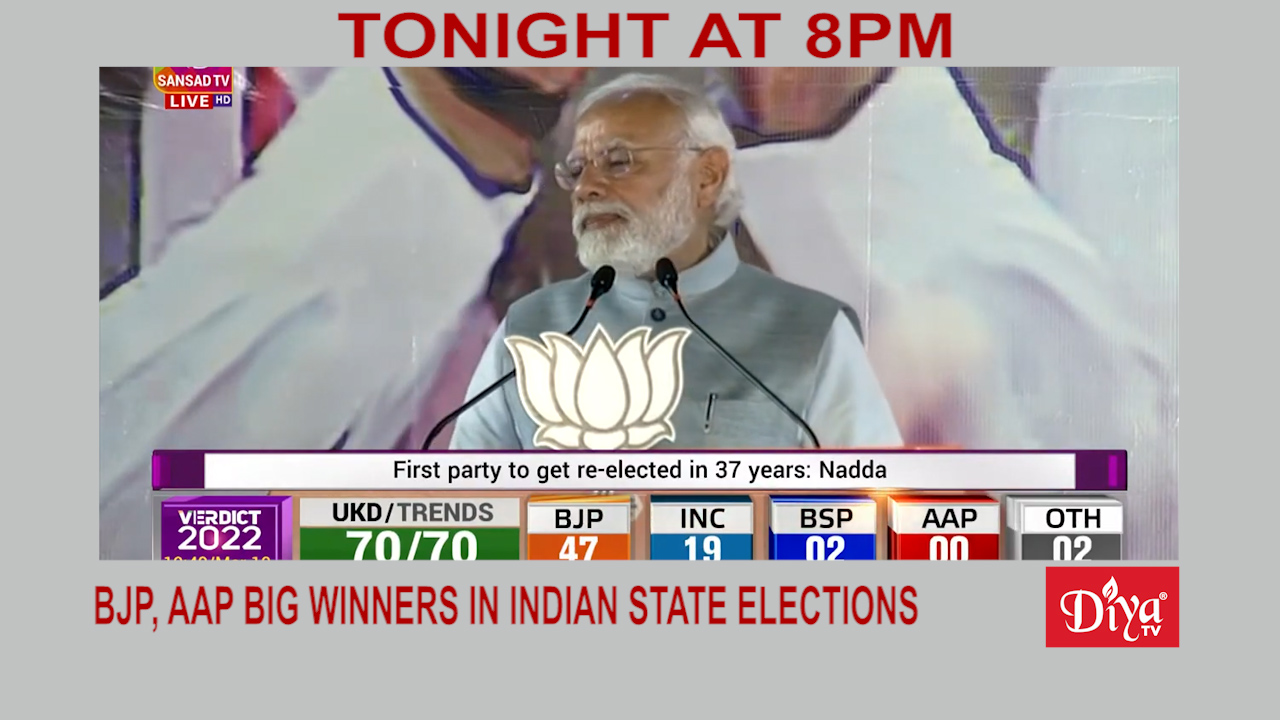 NEW DELHI (Diya TV) — The BJP has retained all four states it ruled, with a dominant victory in the politically crucial Uttar Pradesh, ensuring a boost in the coming Rajya Sabha polls and the 2024 national elections. AAP swept Punjab, wiping out the ruling Congress.

After an 11-year run as dean of Minnesota’s Carlson School of Management, Sri Zaheer is stepping down from that role. Zaheer is one of the most prominent Indian-born academics to assume the leadership of a major U.S. business school and will still be on the teaching faculty. She is also a director at the Minneapolis Federal Reserve.