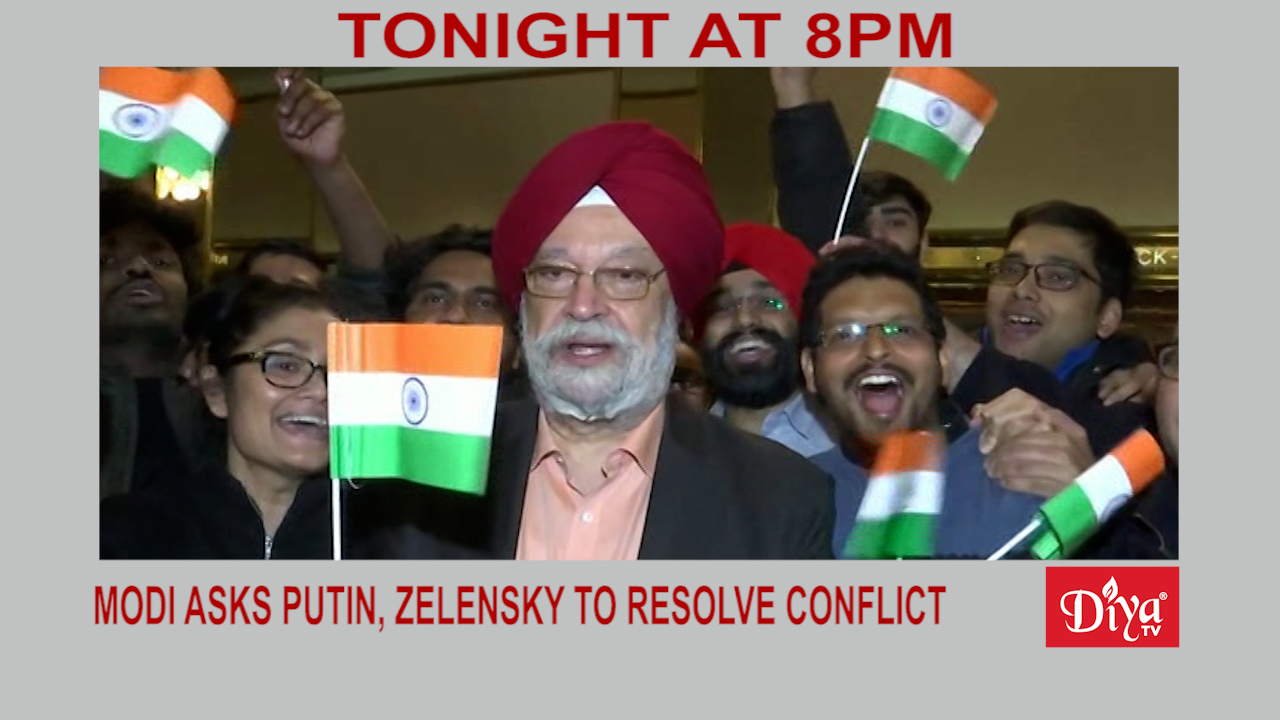 NEW DELHI (Diya TV) — Indian Prime Minister Narendra Modi spoke with Russian President Vladimir Putin and stressed the importance of the safe evacuation of Indian citizens from Ukraine. Modi also spoke to President Zelensky of Ukraine, who briefed him on the humanitarian crisis on the ground. President Putin reportedly assured Modi of all possible cooperation in the evacuation of Indian nationals from the war-torn country.

After being shot in Ukraine, Indian national Harjot Singh was safely evacuated flown out by the Indian Airforce. So far more than 17-thousand Indian nationals have been evacuated from Ukraine, including many students. A spokesperson with the Indian Ministry of External affairs is deny reports that some students have been held hostage. India continues to coordinate with other countries in the region to get it’s citizens out of the area.

Authorities say more than 50 people were killed in Pakistan after a suicide bomber attacked a Shite Mosque. The Islamic State is claiming responsibility. Pakistan’s Interior Minister vowed to arrest the masterminds behind the deadly attack.