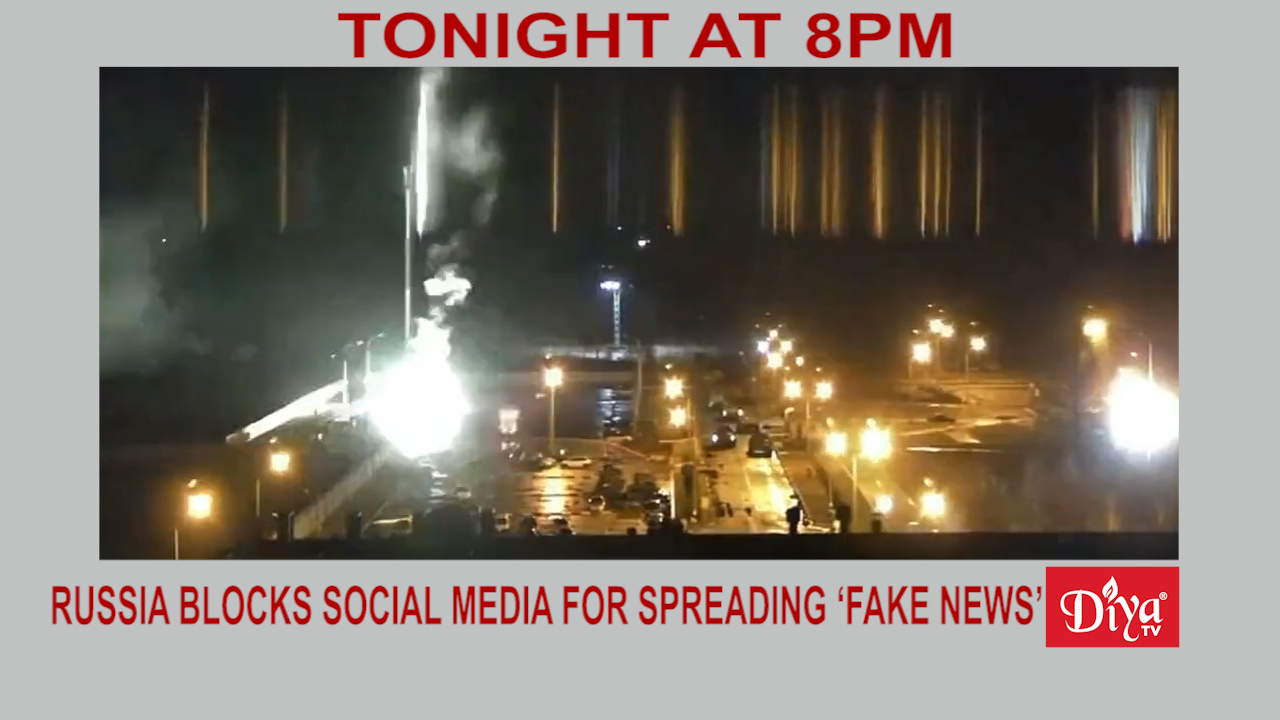 SANTA CLARA (Diya TV) — The Russian advance in Ukraine remained largely stalled on Friday but troops seized Europe’s largest nuclear power plant. there was concern a fire there could spread to nuclear reactors but there was no rise in radiation levels. Putin’s government also blocked social media sites Facebook and Twitter as the country tries to control the flow of information. He also said that he has “no ill intention” toward Russia’s neighbors as his troops continue their brutal assault on Ukraine.

Gita Gopinath with the International Monetary Fund says the tragic war in Ukraine has significant consequences for the world. She also says the cost of living is expected to rise sharply in many countries as energy & food prices skyrocket. Gopinath says commodity importers are particularly hard hit.

As the conflict in Ukraine continues, Stranded Students in Ukraine: Sewa International Helps Evacuate 150 as Thousands Register for Support stranded in the country, arranging transportation to the nearest border post, and providing food and shelter during their journey. Many Indian students are still stranded in the worn torn country.