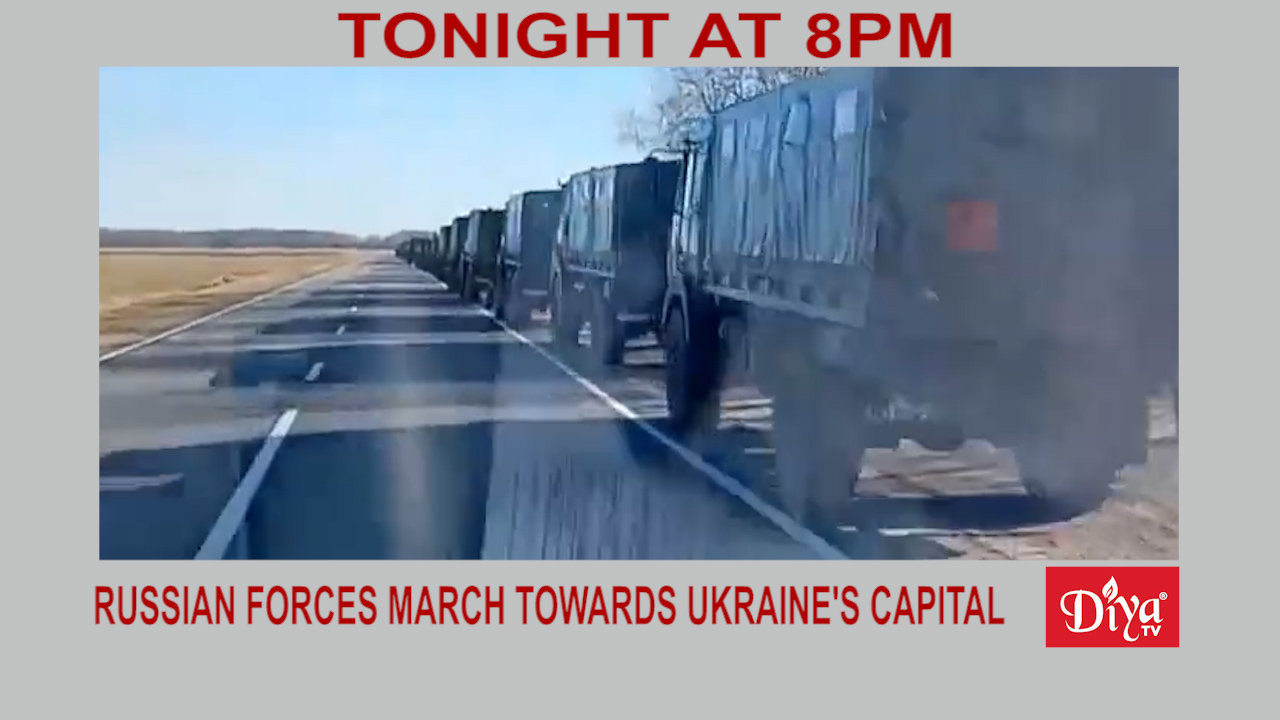 KYIV (Diya TV) — Fighting raged around key cities in Ukraine on Monday as the country’s first talks with Russia since last week’s invasion concluded with no immediate breakthrough.

Even as Moscow said officials negotiating at the border had “heard” each other, Ukraine said its second-largest city was coming under attack from heavy Russian shelling.

The Indian government is sending in planes to Ukraine to bring back all the Indian nationals who are still stranded. More than 4000 have been evacuated, but by some estimates close to 15,000 still remain.

Indians around the world are remembering the 20th anniversary of the Godhra tragedy, in which 58 Hindu pilgrims were burnt alive in a train by an Islamist mob. Their names are being read and honored at various ceremonies.