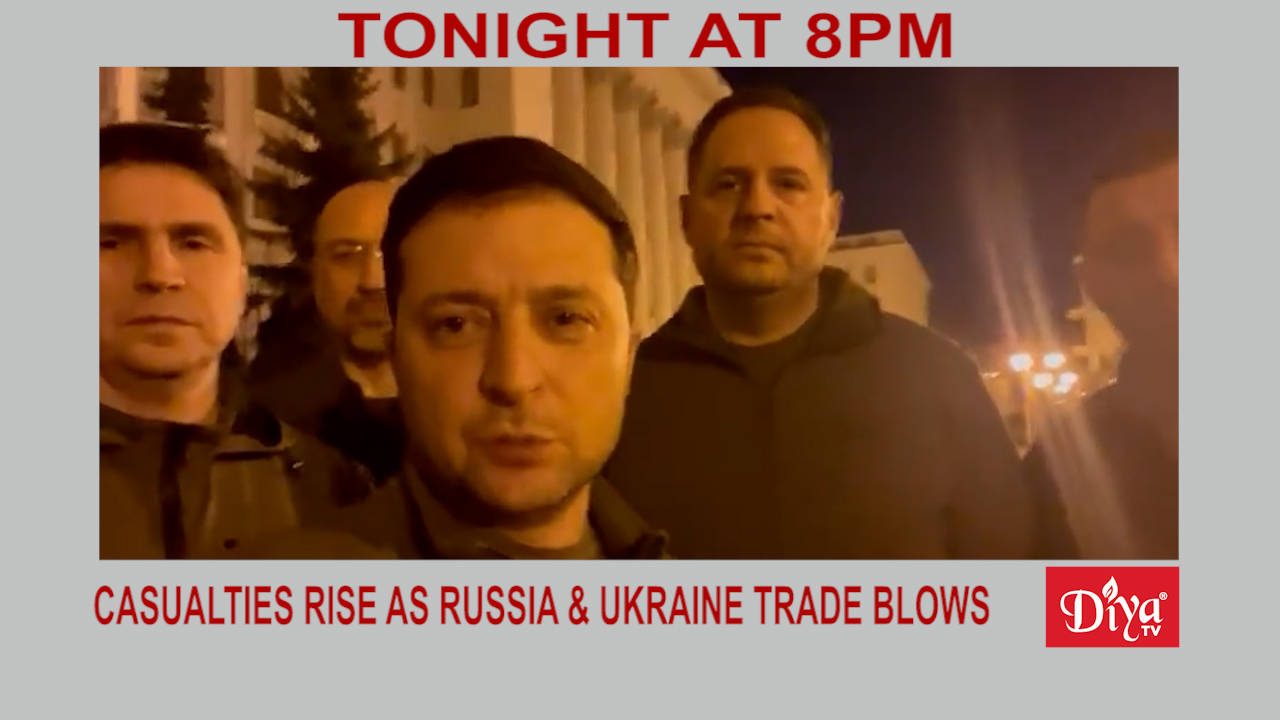 KYIV (Diya TV) — Ukraine’s capital was rocked by explosions and the sound of air raid sirens early Friday, on the second day of a Russian invasion. Ukraine says hundreds of Russian troops were killed and injured and meeting greater resistance than expected. Ukraine says hundreds of it’s troops were also killed and injured but so far the exact death toll remains unclear.

Despite U.S. pressure, India is avoiding condemning Russia’s invasion of Ukraine. New Delhi wants to maintain good relations with Moscow, its main arms supplier while sharing Western concerns about China. The invasion has prompted the U.S. and it’s allies to announce a series of sanctions against Russia.

President Biden formally announced Ketanji Brown Jackson as his nominee to the Supreme court. If confirmed, she would be the first Black woman to sit on the highest court in the nation.