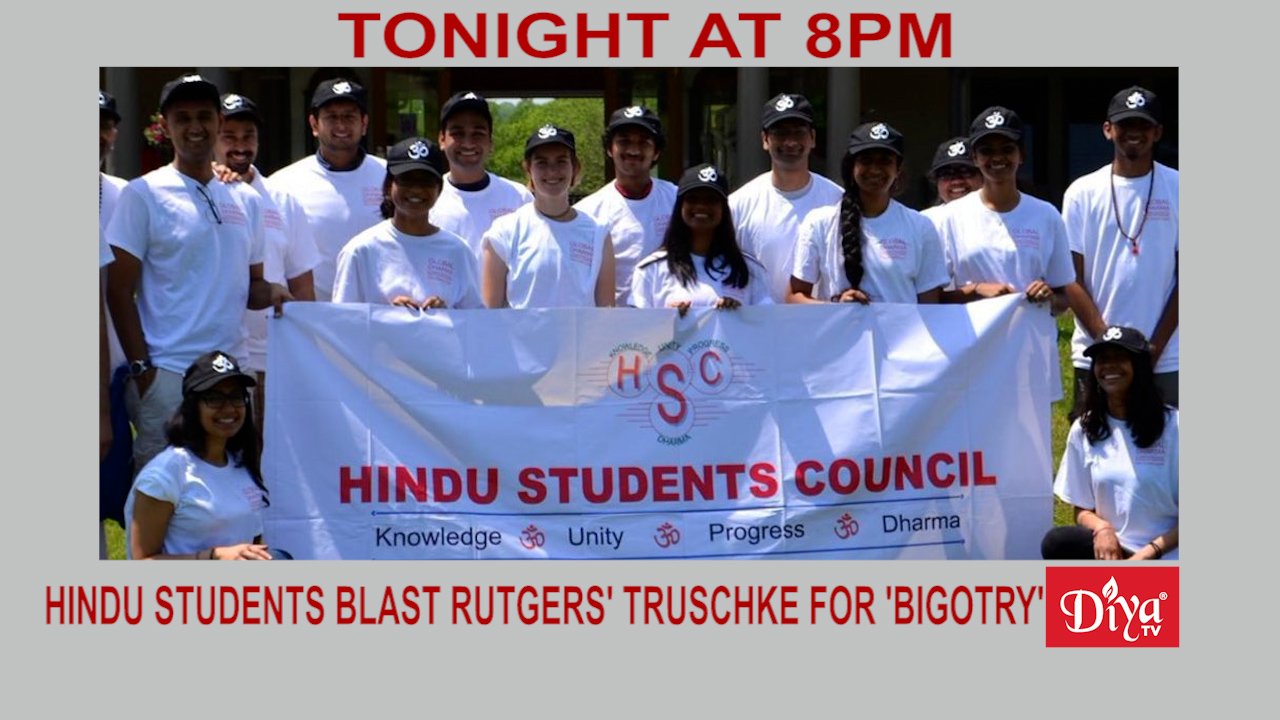 TRENTON (Diya TV) — Hindu students at Rutgers University in New Jersey are blasting one of the school’s professors for peddling Hinduphobia. The Hindu Students Council says Professor Audrey Truscke’s graphic, widely shared on social media accuses the student group of being linked to violence and collaborating with foreign governments. The students are disputing Truscke’s claims and says she has no proof whatsoever. The students are concerned Hinduphobia is being normalized across the nation on other college campuses.

An Indian court on sentenced 38 Muslim men to death and ordered life in prison for 11 others for a series of bomb blasts in 2008 in the city of Ahmedabad that killed more than 50 people. A group called the “Indian Mujahideen” claimed responsibility for the blasts.

Queens elected officials, community leaders and hundreds of residents gathered for the naming of Little Bangladesh Avenue, recognizing the many contributions of the Bangladeshi community in the borough.