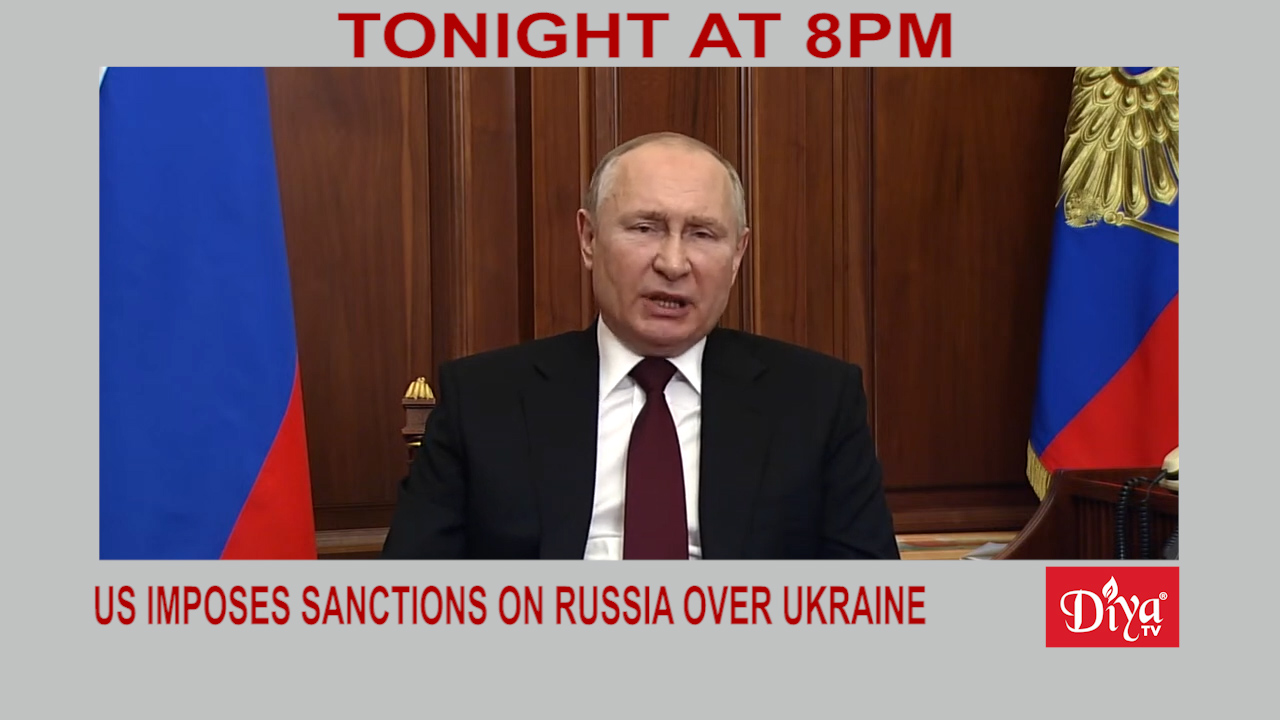 MOSCOW (Diya TV) — The U.S. along with the rest of the world are now bracing for war as Russia takes another step in it’s plans to invade Ukraine. Russian President Vladimir Putin said Ukraine has no right to exist as a sovereign country. The U.S. and the European Union denounced Putin’s move, calling it a violation of international law and the U.S. has started to impose sanctions.

Wayne State University in Detroit, Michigan is taking a stand against hate speech against Hindus. In an open letter, school president Roy Wilson said members of the Hindu community felt targeted by language they interpreted as hateful and threatening by law professor Khaled Beydoun and journalist CJ Werleman. Wilson went on to say free speech is welcome, but not if its used to denigrate or attack beliefs that are different from others.

The India Pride Project volunteer group is being recognized for tracking down and recovering antiquities stolen from Indian temples. The group is led by S. Vijay Kumar who says thousands of religious idols have been looted and sold to museums and wealthy collectors through a flourishing international black market.