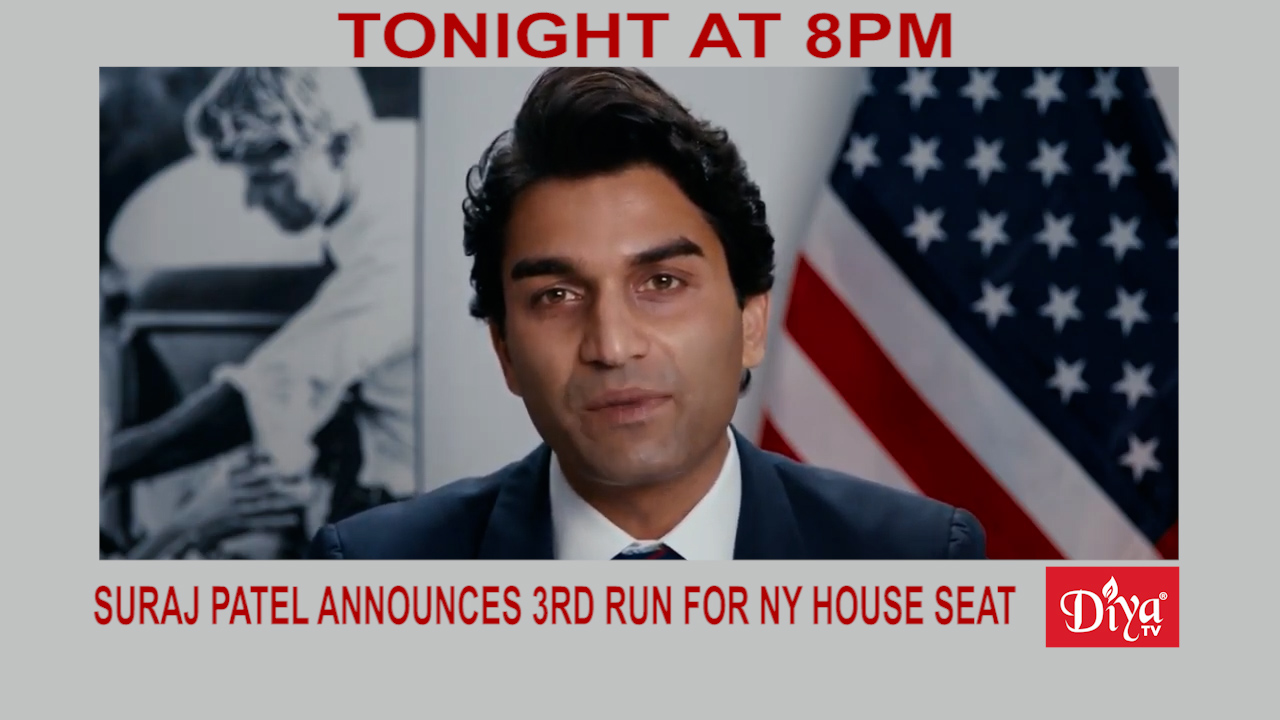 SAN FRANCISCO (Diya TV) — Suraj Patel is throwing his hat in the ring for a third time, announcing he will run for Congress once again against New York Congresswoman Carolyn Maloney. Patel lost to Maloney by less than four points in 2020. Maloney though is also courting the diaspora vote, leading the effort to make Diwali a federal holiday.

Twitter’s new CEO, Parag Agrawal, is reportedly taking a “few weeks” off for paternity leave after the birth of his second child, a move that drew cheers from other fathers as a positive step towards normalizing men taking time off for childcare.

Brother of murdered social media star Qandeel Baloch has been freed by a Pakistan appeals court, three years after he was convicted of killing her for “bringing dishonor” to the family. Even after this heinous murder, his own parents pardoned him. Baloch’s murder in 2016 sparked a national outcry and promoted changes in the country’s so-called ‘honor killing’ laws.