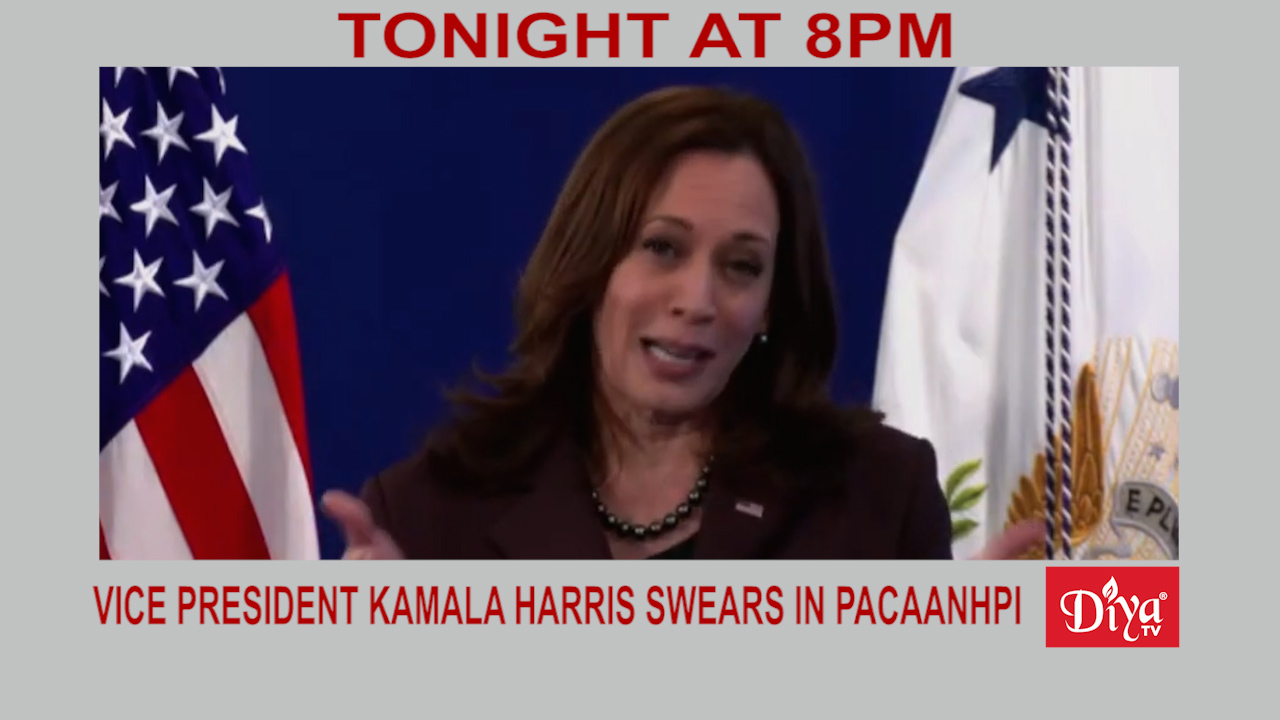 WASHINGTON DC (Diya TV) — Vice President Kamala Harris swore in the President’s Advisory Commission on Asian Americans, Native Hawaiians, and Pacific Islanders. The Commission will advise the President on ways the public, private, and non-profit sectors can work together. Several Indian Americans are on the team including Chief Commissioner Sonal Shah.

India on announced that its top diplomat in China will skip the opening and closing ceremony of the Beijing Winter Olympics, saying the Chinese side has chosen to politicize the event. The Indian announcement comes after China’s move to honor a military commander involved in the Galwan Valley military clashes between India and China.