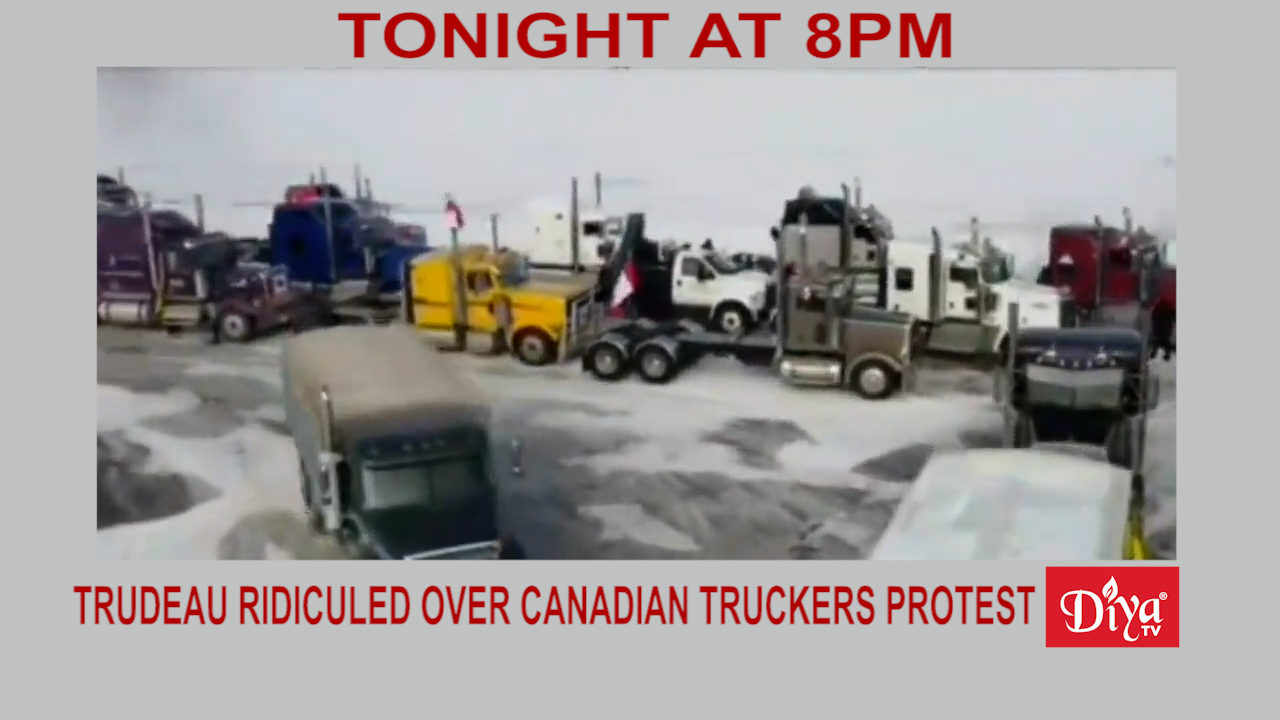 NEW YORK (Diya TV) — Thousands of truckers are protesting in Canada over covid vaccine mandates and Indian social media users are calling out Prime minister Justin Trudeau for being in hiding at an unknown location due to security concerns. The Canadian PM had backed the farmer protests in India last summer and had drawn flak from Modi’s government. The hashtag #KarmaStrikes went viral.

Dozens of former residents of a homeless shelter for girls in northern India are receiving thousands of dollars in settlement money for enduring horrific conditions, after many were also sexually assaulted. Federal investigators opened an investigation that resulted in the conviction of 19 people, including the shelter’s director.

Indian Prime Minister Narendra Modi says 75 percent of the country’s adult population got fully vaccinated, He congratulated them on Twitter saying the country is now stronger.