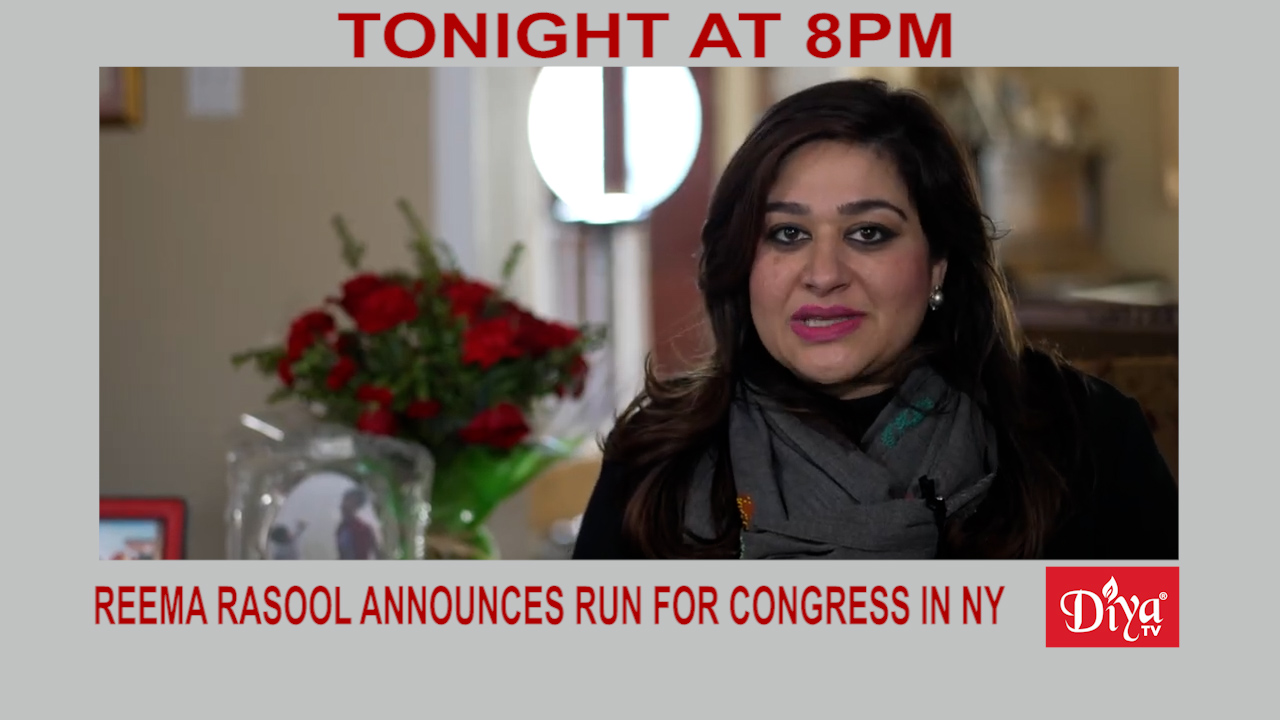 NEW YORK (Diya TV) — Indian American Reema Rasool from New York is running for Congress. The Queens Democrat and entrepreneur says she wants to represent the middle class and plans to fight against climate change. Rasool is also calling out the extremes on both sides and says she will not engage in what she calls the “reality tv style” political rhetoric during her campaign.

Some students at Chicago’s Lincoln Park High school are under fire for making a racist video taunting Indian students. The video posted to YouTube shows students interviewing each other about which races they would never date and giving reasons why. One student is heard saying Indians are ugly and another implies they’re terrorists. White, Latino, and other Asians were also disparaged in the videos.

Indian American Akshay Bhatia is the third youngest player to win golf’s Korn Ferry Tour at 19 years old. This is the first major win of his career and hes considered one of the game’s rising stars.