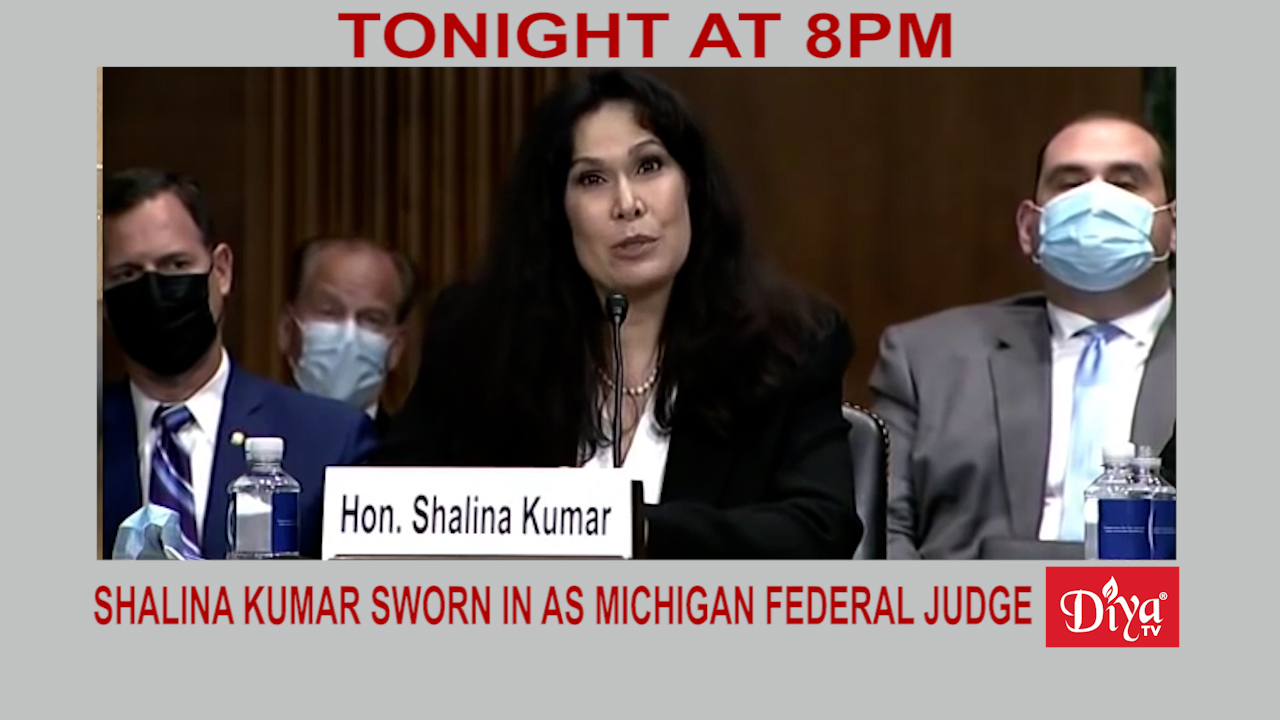 LANSING, Michigan (Diya TV) — Shalina Kumar is the first Indian American federal judge in the state of Michigan. She was sworn in at the U.S. Court House in Detroit.
Her nomination by President Biden has been applauded widely by members of the legal community, including the National Asian Pacific American Bar Association.

Indian American Dr. Nina Ahmad was sworn in as Chair of the newly created Health Committee at the NAACP Philadelphia Branch. Ahmad says she’s committed to ending racial health disparities, prevent disease, and to create an inclusive culture of healthy people and communities.

Ravi Kapur contributed to this report

One on One with ‘Kashmir Files’ Vivek Agnihotri