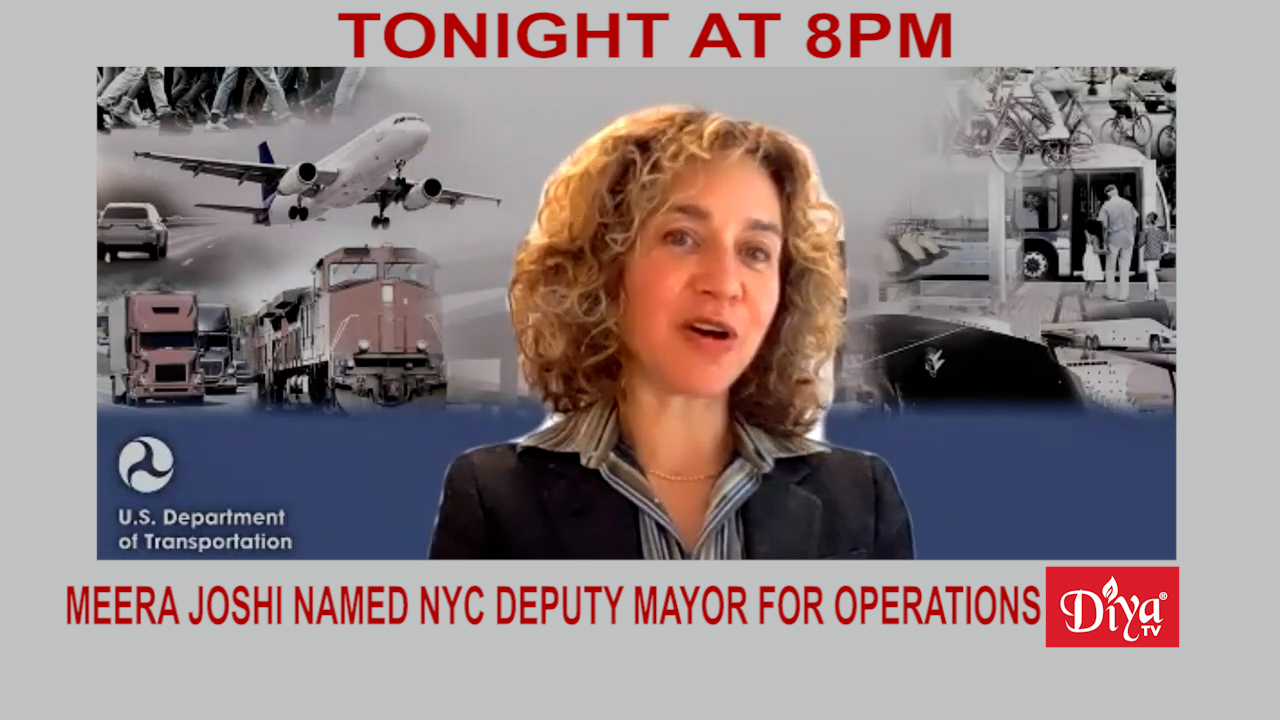 NEW YORK CITY (Diya TV) — New York City’s Mayor-elect Eric Adams has chosen Indian-American Meera Joshi to serve as his Deputy Mayor for Operations, charting yet another historic milestone for the Indian-American community but also for one of the largest metropolitan areas in the world. Joshi, who previously served as head of the city’s Taxi and Limousine Commission will be one of five women Deputy Mayors.

India’s External Affairs Minister S. Jaishanker says his country is committed to a free and open Indo-Pacific region during his speech at the India-Japan Indo-Pacific Forum. Delving into India’s ties with Japan, he says the partnership has made great advances.  Though Jaishankar did not name any country, the comments on “unilateral change of status quo and militarization” came in the backdrop of growing global concerns over China’s increasing military muscle-flexing in the Indo-Pacific region.

India may now have the most transgender police officers in the world.
Chhattisgarh became the first Indian state to welcome a cohort of transgender people into its police training college. and many more could follow.