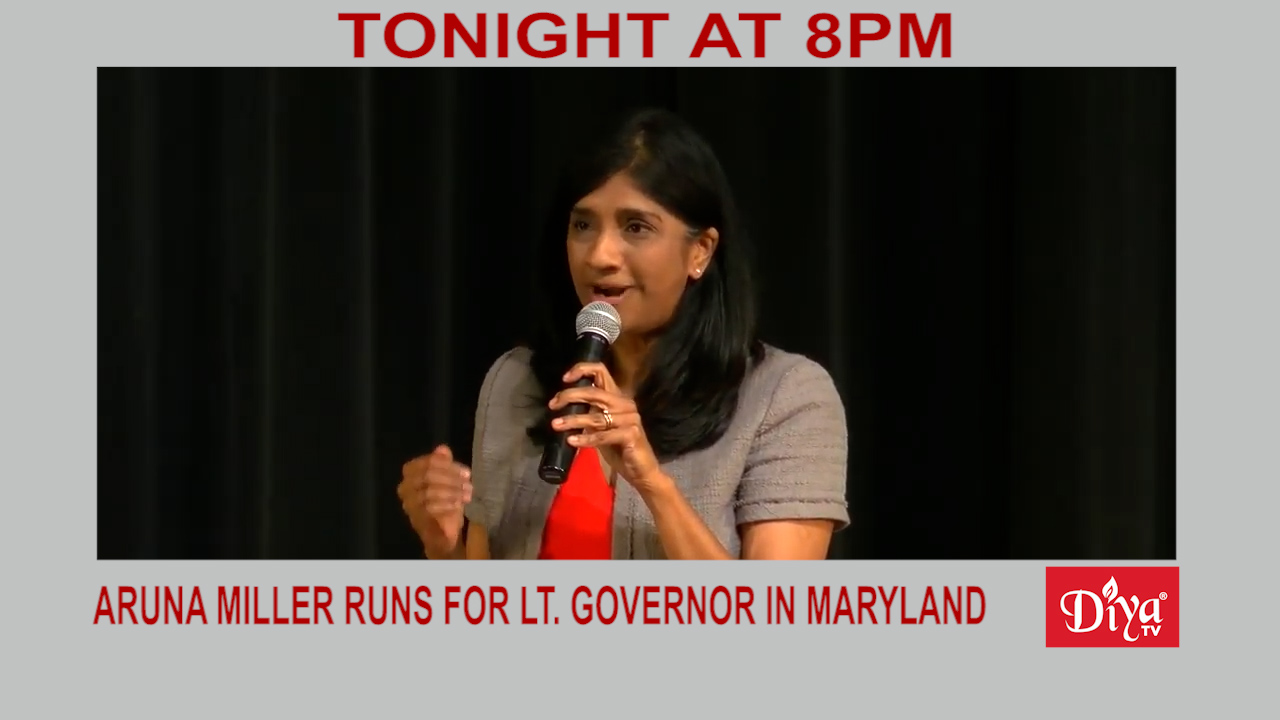 ANNAPOLIS (Diya TV) — Democratic candidate for Maryland Governor Wes Moore announced that former Maryland State Delegate Aruna Miller will be joining his ticket as his Lieutenant Governor. Miller is Indian American and worked for 30 years as a civil and transportation engineer.

The Council on American-Islamic Relations held a virtual information meeting on the meaning of Global Hindutva and invited a board member from Hindus for Human Rights. She slammed the concept of ‘Hindutva’ in the United States and India, saying it’s had an outsized negative impact on policy and society. Hindus for human rights also wants to promote what’s being called a progressive vision of Hinduism and is trying to combat caste and Hindu nationalism.

Indian American Congressional candidate Shrina Kurani is calling on the cryptocurrency community in California to help her win the seat. The Democrat will publish 2,022 non-fungible tokens as part of her election campaign and at the very least, it’s getting attention.