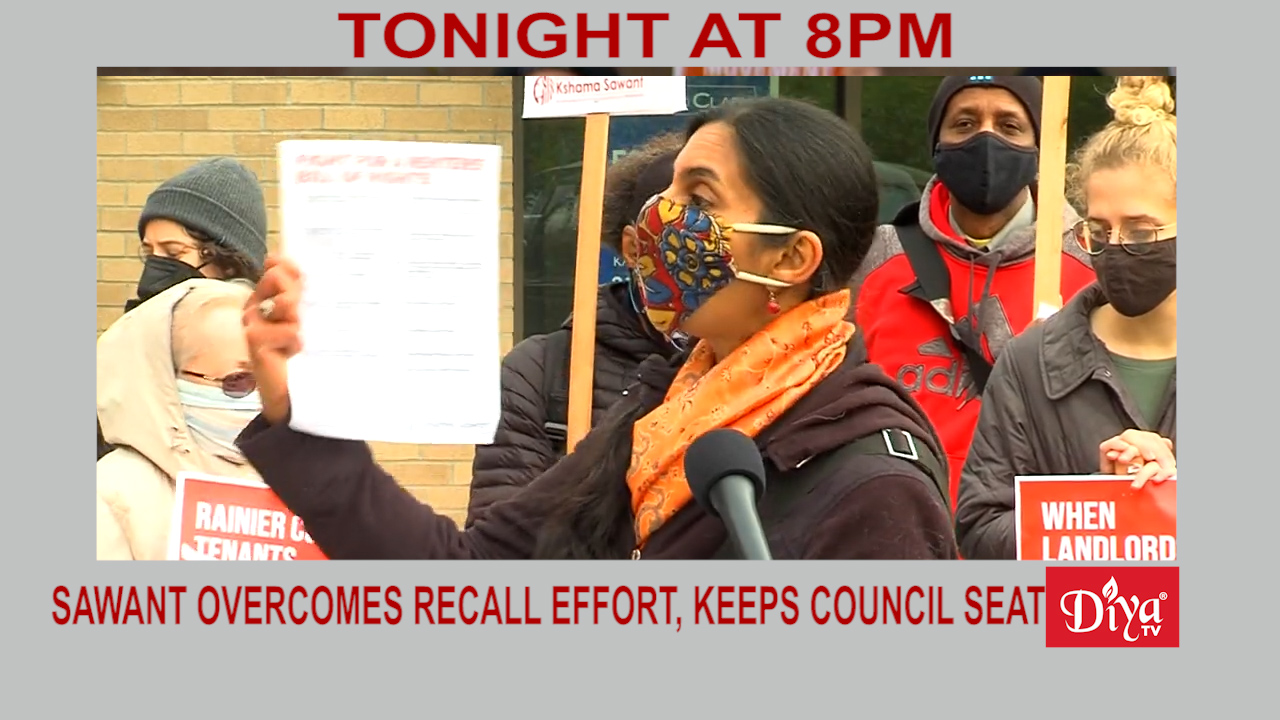 SEATTLE (Diya TV) — The effort to recall controversial Indian American Seattle City Councilmember Kshama Sawant from office appears to have been defeated. The latest data shows the “No” votes are ahead by more than 50% and with less than two hundred outstanding ballots to be counted, that swill not be enough to change the outcome. The self proclaimed socialist was accused of misusing funds and her influence as a councilmember.

The House passed legislation to create a special office within the State Department to combat Islamophobia. This comes after Republican Representative Lauren Boebert recently suggested that Democratic Congress woman Ilhan Omar could be a terrorist.
Global pop superstar Beyoncé has hired Indian American Janki Lalani Gandhi to oversee her personal investments at Parkwood Ventures. Ghandi was most recently a managing director at Goldman Sachs.