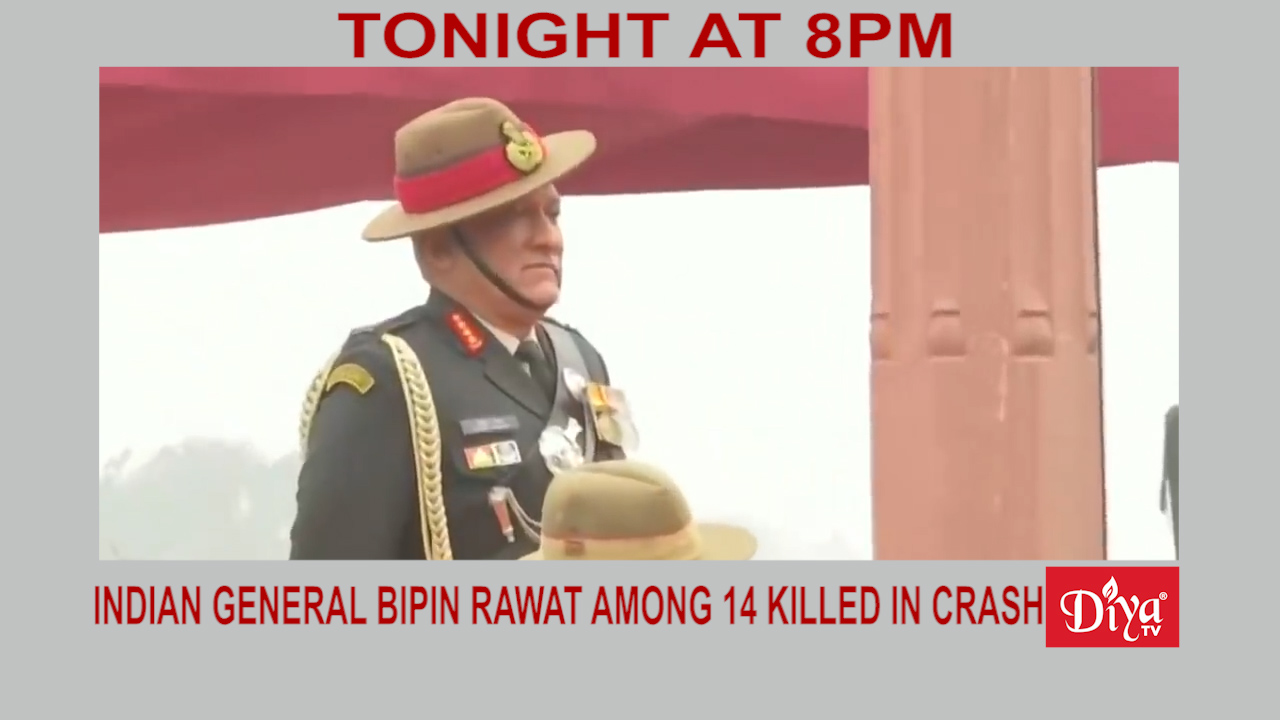 NEW DELHI (Diya TV) — India’s most senior military official General Bipin Rawat has been killed in a helicopter crash in the southern state of Tamil Nadu. Rawat and his wife were among 14 people traveling in the chopper when it came down shortly after leaving an army base.  The cause is still under investigation.

US space agency NASA has introduced 10 astronaut candidates for its missions to the Moon and Mars, and the team includes Indian American doctor Anil Menon, a Lieutenant Colonel in the US Air Force and SpaceX’s first flight surgeon.

Menon is part of the 2021 astronaut class, the first in four years, which has six men and four women.

Indian American Megha Tolia will be the first president and chief operating officer of television production company Shondaland. She will oversee company operations including growth, strategic planning and finance, and report directly to Shonda Rhimes, the founder and CEO.

US offers up $500M aid to India solar projects