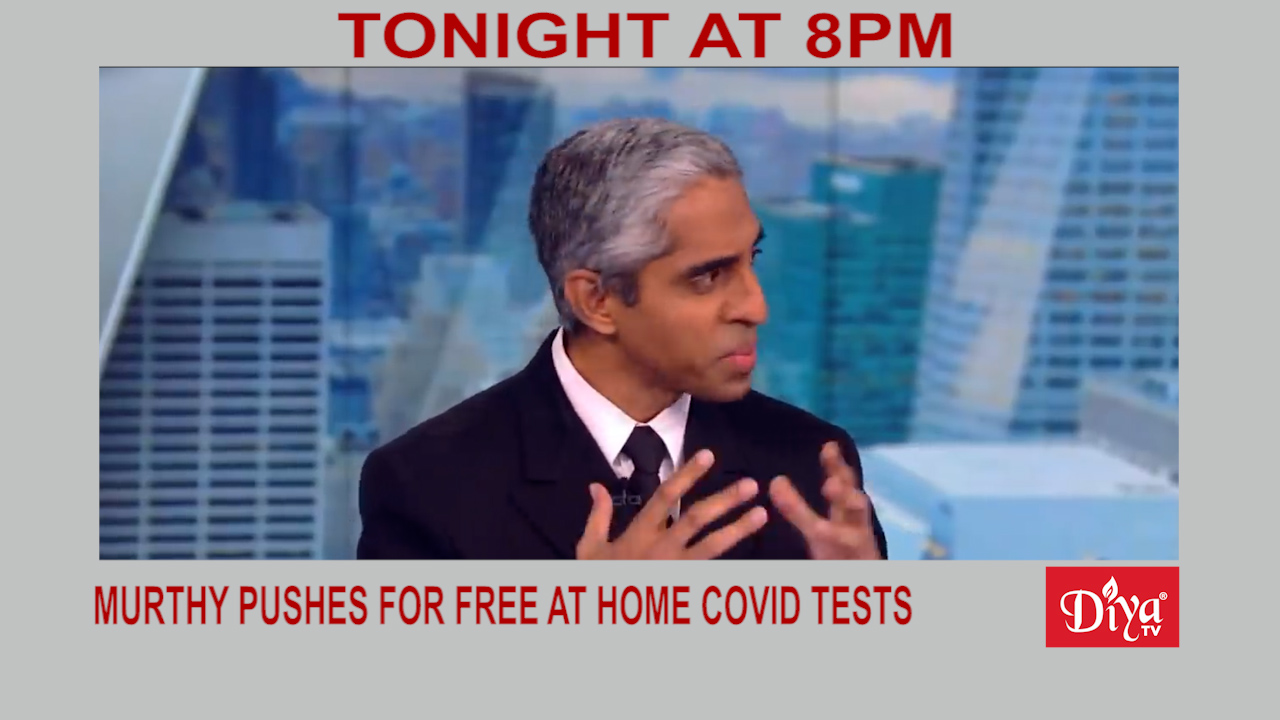 WASHINGTON DC (Diya TV) — U.S. Surgeon General Dr. Vivek Murthy is calling on all Americans to take extra precautions this winter against the Delta and the Omicron variants of Covid-19. He wants everyone eligible to get vaccinated and others who already are to get the Covid booster shot. He’s also trying to expand free at home testing for the virus, strengthen testing protocols before international flights, and is asking everyone to wear masks in public indoor spaces.

The International Monetary Fund named its chief economist Gita Gopinath to become its second-ranking official. The Indian American had been scheduled to leave the global lender to return to Harvard University in January, but decided to stay on in the wide-ranging policy role.

A film about Toronto Raptors superfan Nav Bhatia is in the works. Indian American actor Kal Penn will play the lead role of Bhatia, who was the very first fan to be inducted into the NBA’s Hall Of Fame.