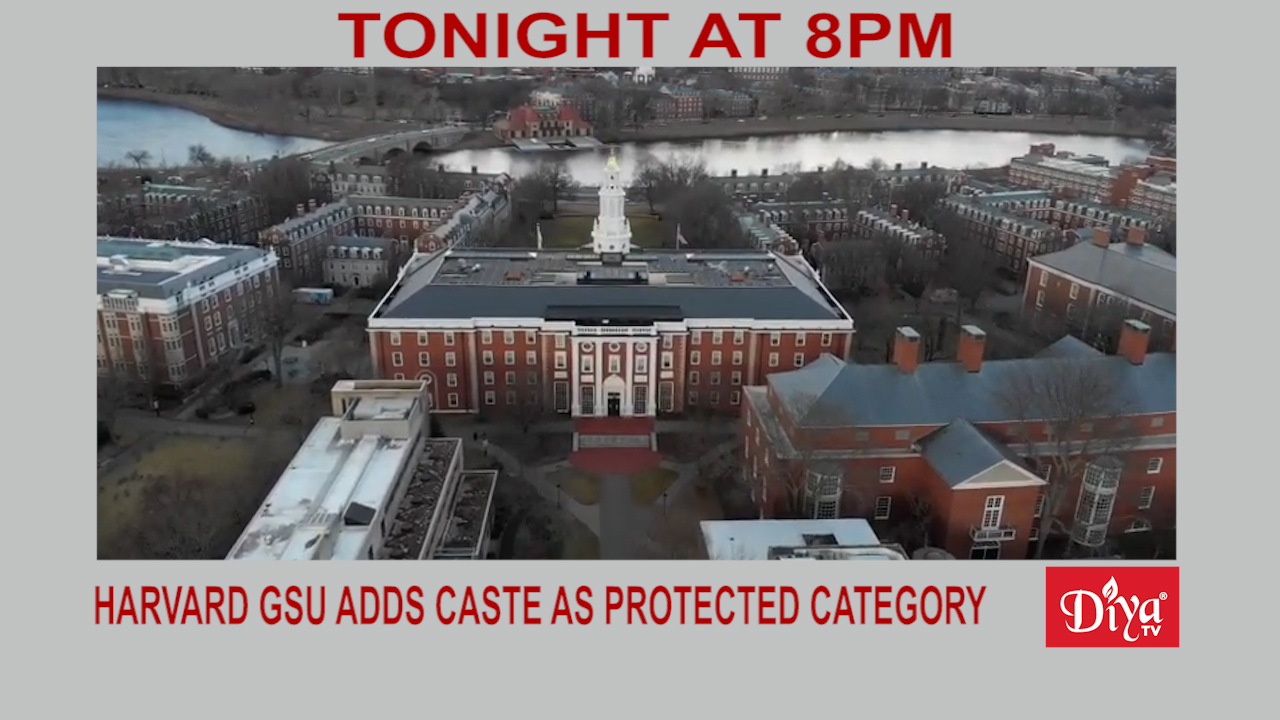 CAMBRIDGE (Diya TV) — Harvard University is the latest U.S. school to add measures protecting caste-oppressed students, following a push from graduate workers and Equality Labs.  After months of talks between school leaders and the graduate student’s union, the contract was ratified this week and caste was added as the only new protected category. Harvard declined to comment other than confirming these developments.

Myanmar’s ousted leader Aung San Suu Kyi has been sentenced on charges of inciting public unrest and violating covid-19 restrictions. Right’s groups are denouncing the verdict calling it politically motivated. The 76-year-old Nobel laureate spent years under house arrest for advocating for democracy under the military dictatorship in her native Myanmar.

The Justice Department filed a lawsuit against Texas, alleging the redistricting plan drawn by Republican lawmakers in the state violates the Voting Rights Act. The suit was announced by Indian American Associate Attorney general Vanita Gupta, who also says it fails to recognize growth in the Latino population and discriminates against Black voters.

US offers up $500M aid to India solar projects