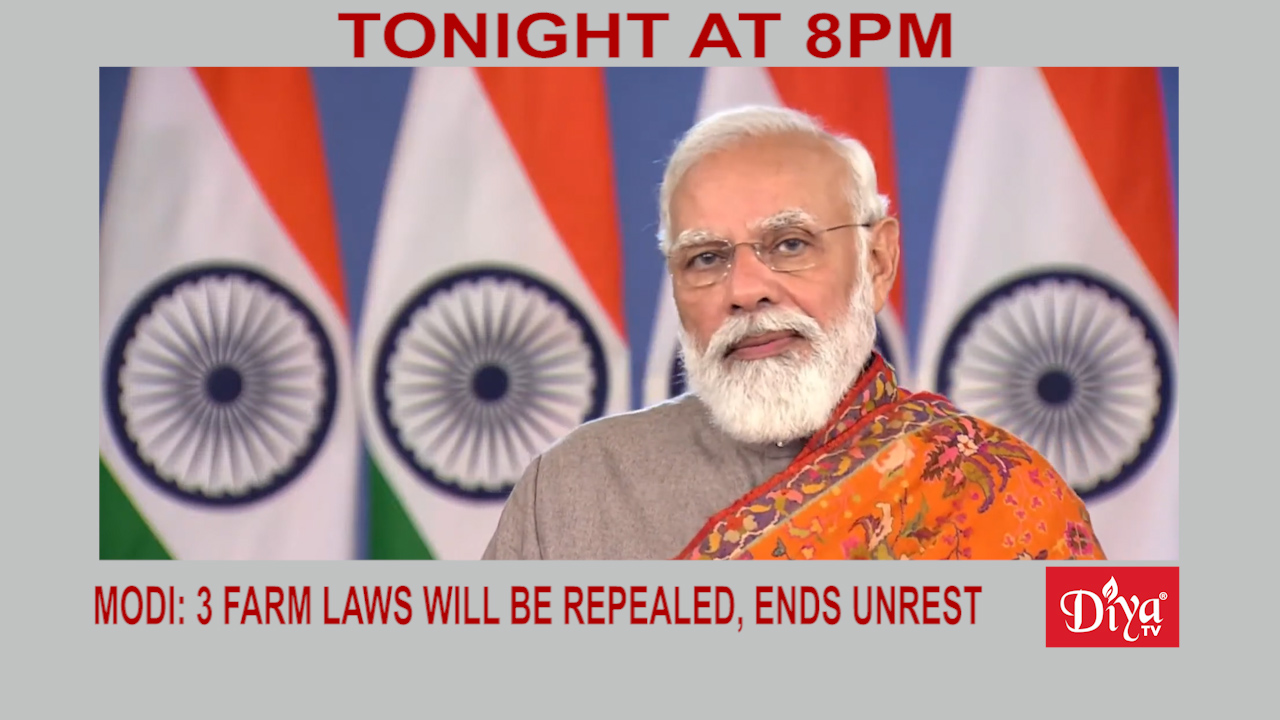 NEW DELHI (Diya TV) — Indian Prime Minister Narendra Modi is listening to the voice of his people. Now agreeing to repeal the controversial farm laws after a year of protests and social unrest across the country. The Farmers fought three laws which they said left them open to exploitation by large corporations and could destroy their livelihoods. Modi said it was always his intention to help them.

In a partial victory for spouses of immigrant workers in the US, they will no longer need to apply for work authorization. A US court reached a settlement for a class-action lawsuit, directing the United States Citizenship and Immigration Services  to allow up to 180 days for an auto extension on work authorization for spouses of L-1 and H1B visa holders.

A rough debut for Indian tech IPO Pay TM, down more than 27 percent on it’s first day of trading. but the digital payments company still minted hundreds of new millionaires, and joins the growing list of dynamic start ups coming out of India. 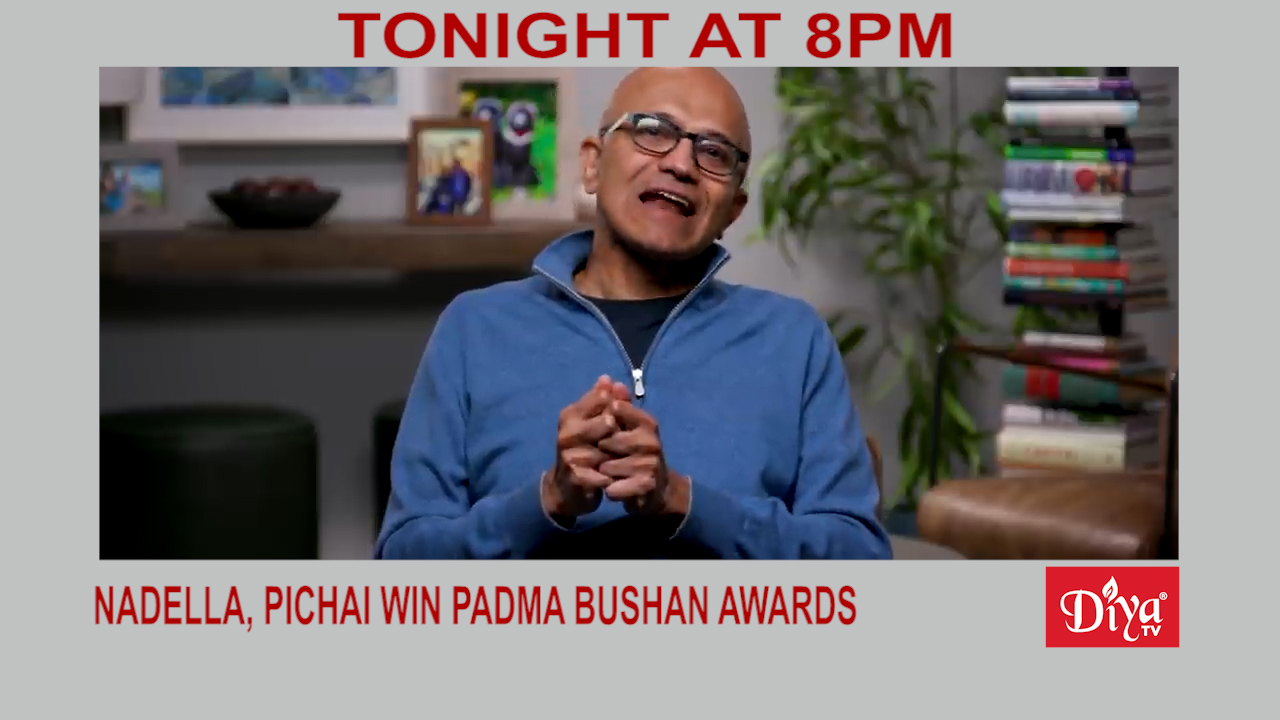 NEW DELHI (Diya TV) — Microsoft’s Satya Nadella and Google’s Sundar Pichai are getting the Padma Bushan, India’s third highest civilian award. Both executives grew up in India before coming to America to lead some of the most influential tech companies in the world.

India celebrated Republic Day with an iconic parade in Delhi, showcasing its military prowess and cultural pageantry. This year’s celebrations are significant since it’s the 75th anniversary of India’s the formation of the Indian constitution.

U.S. Senator Ed Markey of Massachusetts is calling out Indian Prime Minister Narendra Modi saying his government is trying to take away the rights of religious minorities. The Democrat was joined by three other members of Congress who say India’s Constitution is under threat from Hindu Nationalism and persecution under Modi. 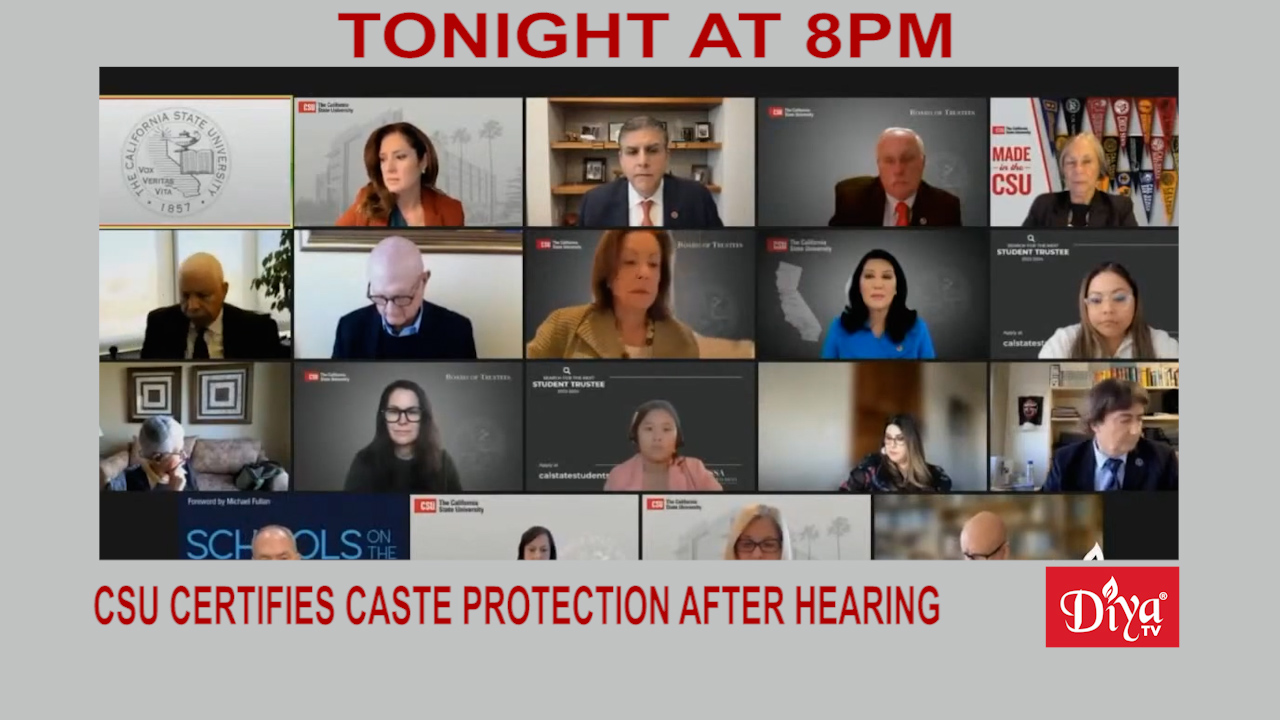 LONG BEACH (Diya TV) — It’s now official the California State University system held a public hearing and certified it’s decision to add caste as a protected category in its systemwide anti discrimination policy. The move comes after years of activism from Dalit students who encountered caste discrimination on campuses. But the CSU Faculty & Hindu American Foundation says this move will illegally single out Indians and South Asians, who will also be targeted for discrimination, and be denied equal protection and due process.

Indian American Maju Varghese is leaving his role as the director of the White House Military Office. He didn’t give an exact reason why, but Varghese cited personal reasons for moving on from the Biden White House.

Nick Jonas and Priyanka Chopra became parents for the first time after welcoming a baby girl via a surrogate. She is healthy and is resting comfortably with her parents. 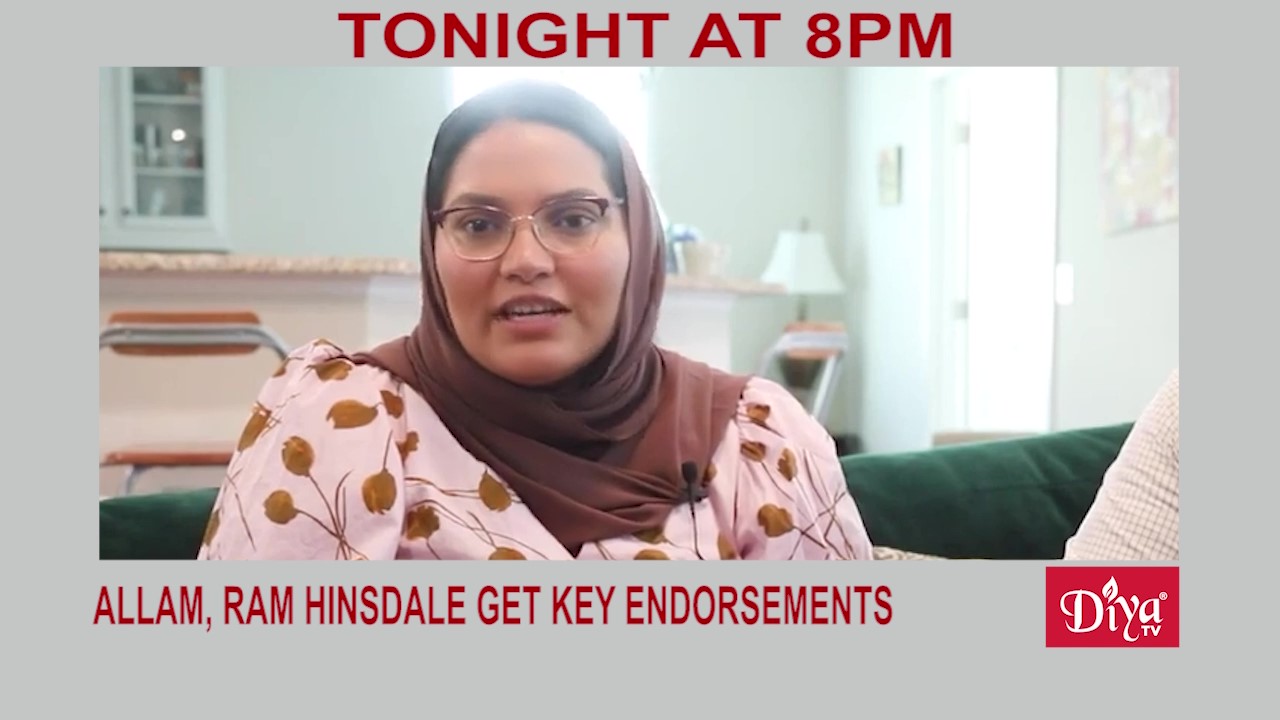 Prime Minister Narendra Modi is making history, holding the first-ever summit meeting with the presidents of Kazakhstan, Kyrgyz Republic, Tajikistan, Turkmenistan and Uzbekistan later this month. Not even Russia or China has pulled that off.   It comes at a time when Chinese influence is growing in the Central Asian countries and their significance has increased with the Taliban takeover in Afghanistan.

Indian American Dr. Amita Gupta will be the next director of the Division of Infectious Diseases at the Johns Hopkins Bloomberg School of Public Health. Dr. Gupta specializes in international public health, clinical research and education in infectious diseases. For nearly 20 years, she’s primarily focused on India.