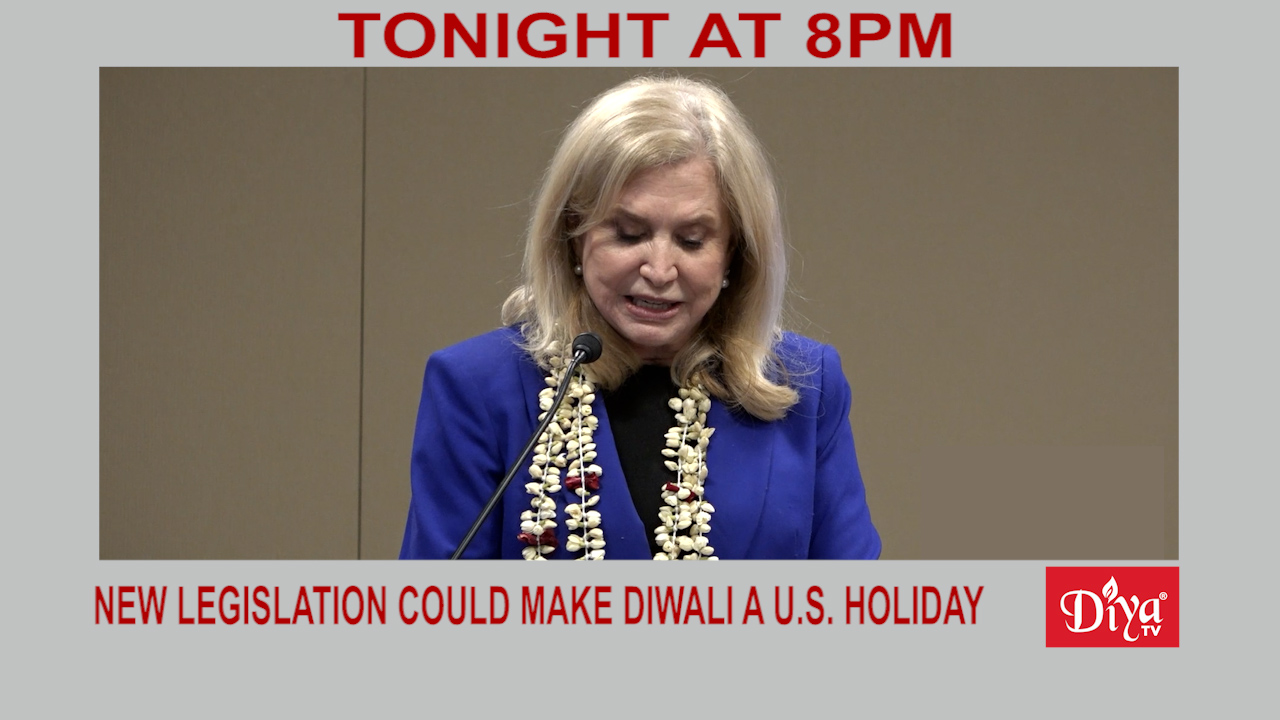 WASHINGTON DC (Diya TV) — During a massive Diwali celebration in Washington DC, Congresswoman Carolyn Maloney says the festival of lights could soon be a federal holiday in the U.S. She is introducing legislation this week on Diwali itself. Non-profit Indiaspora brought in leaders from both sides of the aisle at the U.S. Capitol to light diyas, symbolizing the victory of good over evil.

With another Hindu Heritage Month in the U.S. and Canada in the books,  Indian Prime Minister Narendra Modi says he’s celebrating alongside the diaspora and, says the diverse groups and communities embracing these cultural festivities will further strengthen ties to the motherland. In the U.S. alone, more than 25 states and 42 cities participated in this celebration last month.

Indian American actor Kal Penn is finally coming out of the closet, saying he’s gay and engaged to his boyfriend of more than 11 years.  Penn is best known for his role in the Harold and Kumar series and also served in the Obama white house.

Modi: India to be net-zero emissions by 2070