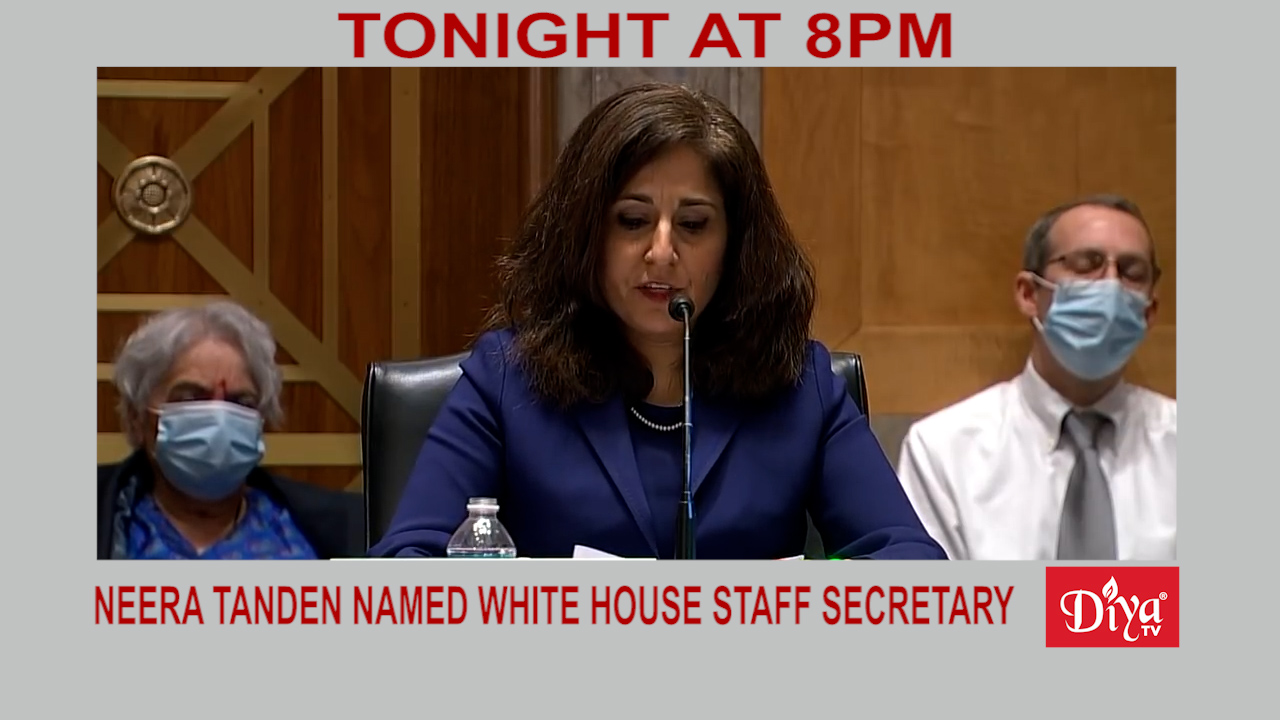 WASHINGTON DC (Diya TV) — Indian American Neera Tanden is the newest White House staff secretary.  Tanden is already a senior adviser to President Joe Biden. Last year she was nominated to be director of the Office of Management and Budget, but the Biden administration pulled her nomination after scrutiny from both sides of the isles.

Pakistan is rolling out the a brand new health insurance plan, providing universal health coverage to people in the country,  especially to the poor and needy. Prime Minister Imran Khan says the Sehat Card would bring a health care revolution to the region. But critics say the reforms would privatize health care.

Indian American Representative Raja Krishnamoorthi of Illinois is one of several House Democrats who sent a letter to the NFL seeking more information about its investigation into the Washington Football Team‘s workplace culture saying he fears Jon Gruden’s emails are the “tip of the iceberg.” Gruden resigned as Las Vegas Raiders coach earlier this month following reports that emails he wrote years ago included racist, misogynistic and anti-gay language.