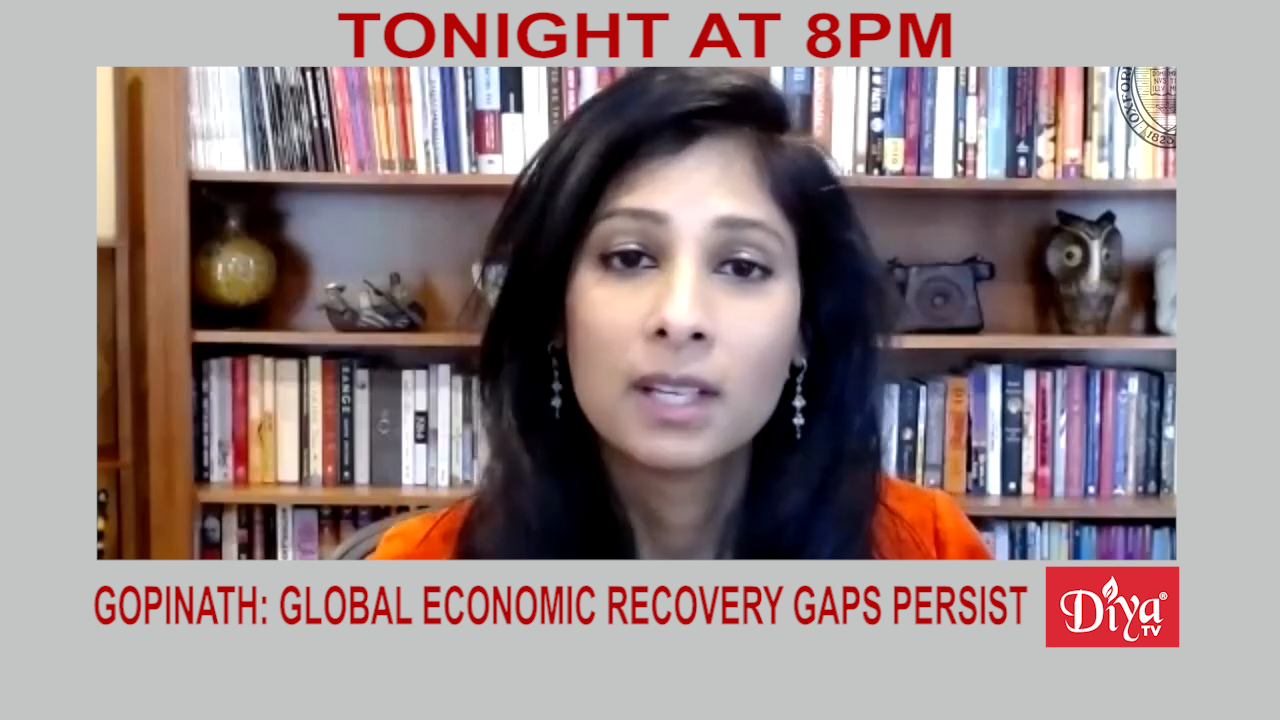 WASHINGTON DC (Diya TV) — The International Monetary Fund’s Chief Economist Gita Gopinath says the outlook for advanced economies like the U.S. is improving. But prospects for low-income countries and emerging markets have darkened considerably due to vaccine shortages and limited support. Overall, the outlook’s global growth projection for 2021 has been revised down marginally and the following year will be unchanged.

ZScaler founder Jay Chaudhry is the richest Indian American with a net worth of $16.3 billion, according to Forbes’ list of the 400 wealthiest Americans. Seven Indian Americans and one Pakistani American made this year’s list as well. Chaudhry founded the pioneering cloud-based security service in 2008 with his wife Jyoti and took ZScaler public a decade later.

Rena Marie Van Tine, who became the first female Indian American judge in the nation to serve on a state court back in 2001, is running for Circuit Court Judge in Illinois. If elected, she said she’d like to help shape the court system by voting on diverse associate judges.