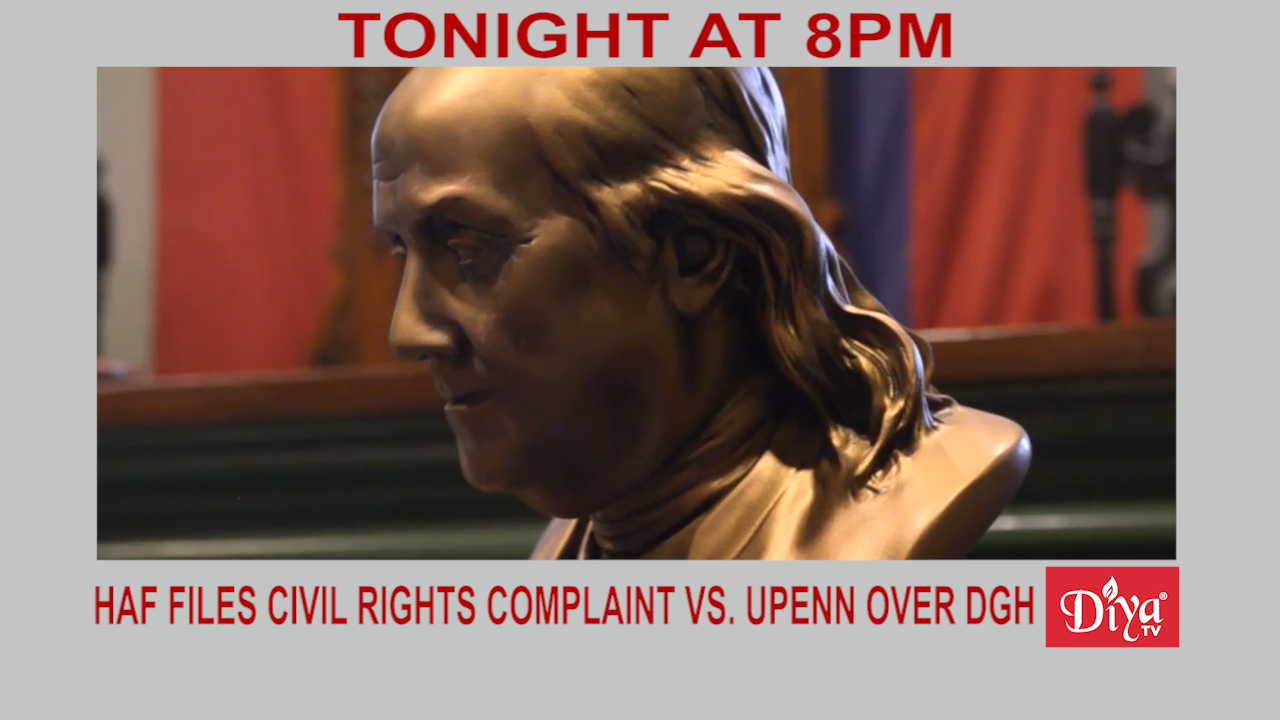 WASHINGTON DC (Diya TV) — The Hindu American Foundation is filing a Title VI complaint against the University of Pennsylvania claiming the Ivy League school misused federal funds by co-sponsoring the Dismantling Global Hindutva conference last month, claiming it was a one sided affair about India and Hindus which promoted negative stereotypes, slurs, and distorted facts.
Under Title VI, programs and activities receiving any Federal financial assistance from the US Department of Education must operate in a non-discriminatory manner in regards to “race, color, or national origin.”

Indian American attorney Nitin Shah, was appointed to the Council of the Administrative Conference of the United States by President Joe Biden.  Shah will be a member of this independent federal agency charged with recommending improvements to administrative process and procedure. The law expert currently serves as general counsel of the U.S. General Services Administration. He oversees all legal matters arising before the agency.

Pakistani comedian and actor Umer Sharif passed away at the age of 66 in Germany. Many fans, politicians, and fellow comedians from all around the world shared their condolences on social media. Pakistan’s Prime Minister Imran Khan tweeted “He was one of our great entertainers and will be missed.