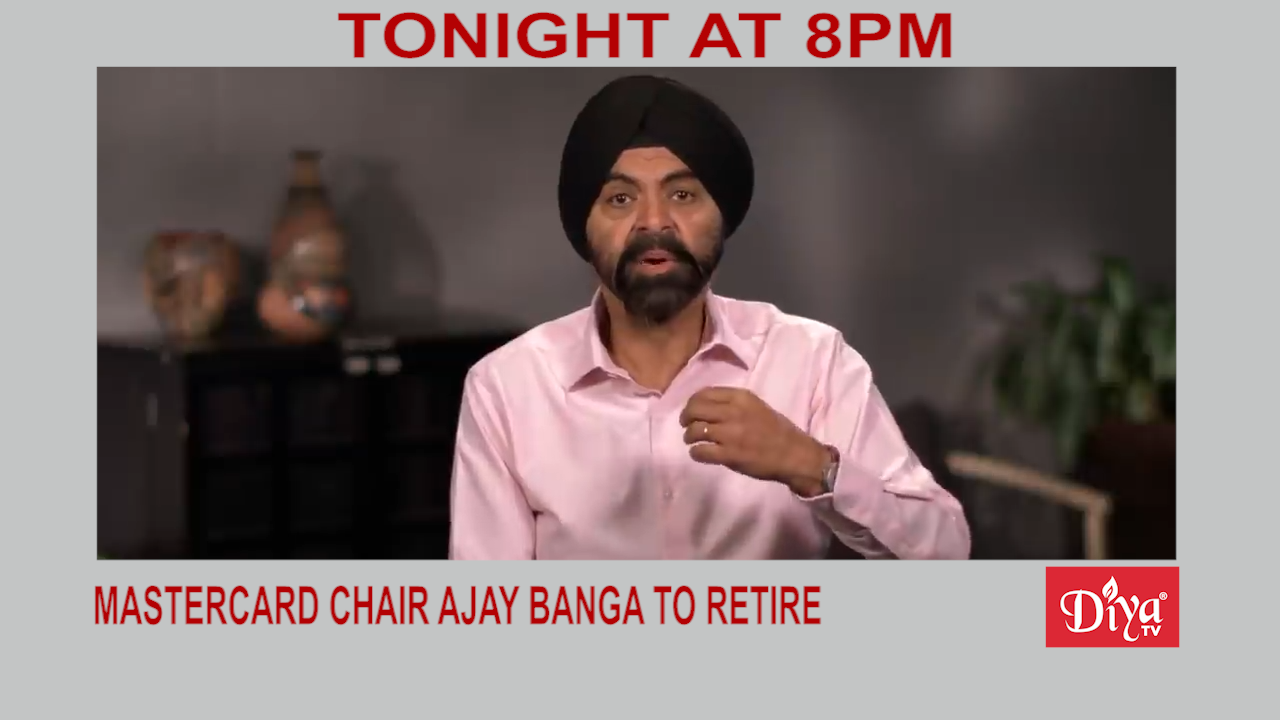 NEW YORK (Diya TV) — Mastercard Executive Chairman Ajay Banga will retire at the end of the year. Before his latest leadership role, the Indian American executive also served as the company’s president and CEO. Banga was also a member of President Obama’s Commission on Enhancing National Cybersecurity.

US President Joe Biden has announced his intent to nominate Ashish Vazirani, an Indian-American management consultant, to a key Pentagon position. If confirmed, Vazirani would serve as Deputy Under Secretary of Defense for Personnel and Readiness. So far more than 70 Indian Americans are working in the Biden administration.

14-year-old Vinisha Umashankar has designed a unique solar-powered alternative for the charcoal burning iron carts that are used for pressing cloth in India. Her eco-friendly invention has garnered global recognition. Today, she is the youngest finalist for the Earthshot Prize, awarded annually to people whose solutions help the environment.

US State Dept to visit India and Pakistan next month