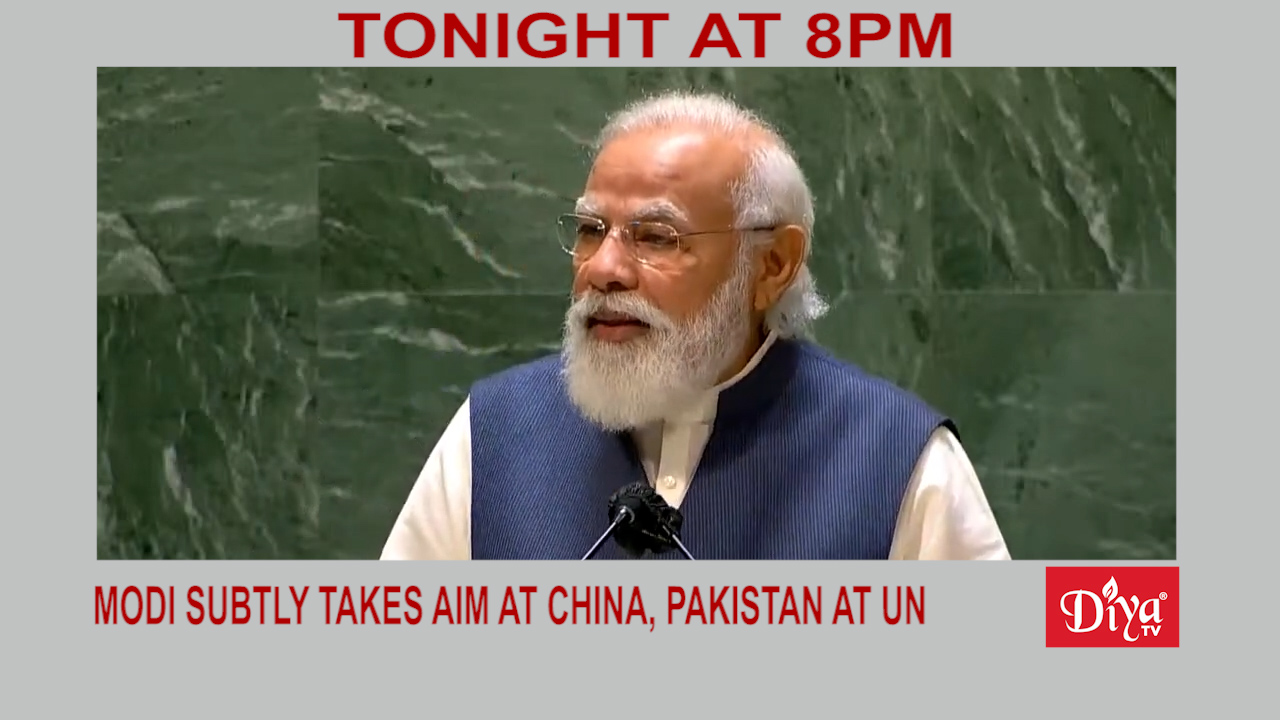 NEW YORK (Diya TV) — Indian Prime Minister Narendra Modi didn’t directly mention Pakistan or China in his weekend speech to the United Nations General Assembly, but the targets of his address were clear.

In a roughly 20-minute speech delivered in-person and in Hindi, he called upon the international community to help the women, children, and minorities of Afghanistan and said that it was imperative the country not be used as a base from which to spread terror. India has charged that the Taliban is Pakistan’s “proxy terrorist” group and expressed concerns that Afghanistan could be used as a training ground for anti-India militant groups.

Pakistan’s Prime Minister Imran Khan shared his own opinions at the UN General Assembly, calling India a “reign of terror” on Muslims. Khan’s speech was strikingly loaded as he accused Modi of a plan to “purge India of Muslims”. Once again Khan also labeled Modi’s Hindu nationalist government “fascist”.

About 100 demonstrators gathered outside to protest Modi’s visit to the U.S.  The rally was sponsored by 21 organizations under the banner of Coalition to Stop Genocide in India and included groups like Black Lives Matter, the Jewish Voice for Peace, and the New York State Council of Churches.

US State Dept to visit India and Pakistan next month