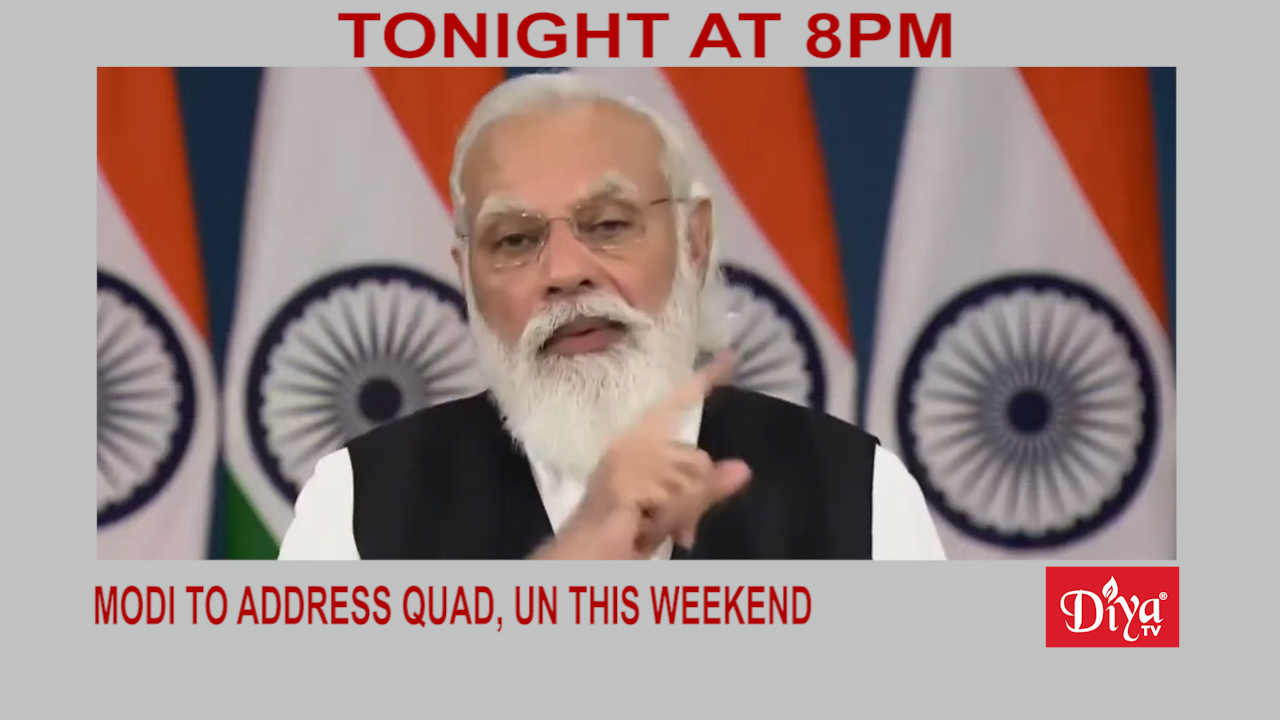 NEW YORK (Diya TV) — Indian Prime Minister Narendra Modi will address the UN General Assembly this weekend as the first speaker of the day. Modi will arrive in New York then travel to Washington DC for the first in-person summit of the Quad group of countries being hosted by US President Joe Biden at the White House.

India will resume exports of COVID-19 vaccines in October, prioritizing the global vaccine-sharing platform COVAX and neighboring countries first as supplies rise. India, the world’s biggest maker of vaccines, stopped exports of COVID shots in April to focus on inoculating its own population, as infections exploded.

English cricket officials provoked an angry response from Pakistan after withdrawing their men’s and women’s teams from a trip to the Asian country next month, citing “increasing concerns” about traveling to the region. Days earlier New Zealand Cricket abandoned its men’s team’s tour of Pakistan following a government alert that warned of a possible attack outside the stadium where they were scheduled to play.