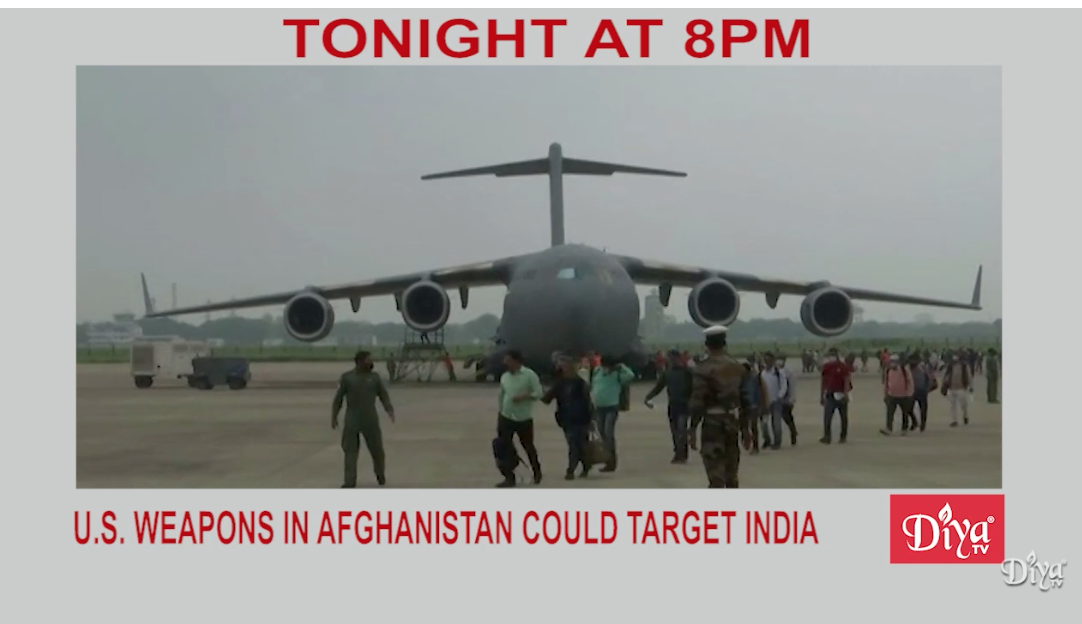 NEW DELHI (Diya TV) — There’s concern American weapons seized during the Taliban takeover in Afghanistan will be used against India by terror groups. But top military officers in India say not so fast. Intelligence says those weapons would first be used in Pakistan and if terrorists ever tried to use those weapons against India,  officials say they would be ready to defend itself.

The Hindu American Foundation claims a virtual conference cosponsored by more than 40 universities is anti-Hindu. Now some of those schools are  pulling out of the “Dismantling Global Hindutva” gathering next month. HAF wrote to the presidents and key administrators of the schools and they’re apparently feeling the pressure. HAF is now planning a counter conference called “Dismantling Global Hinduphobia” next week, to help educate the public about the rise in attacks against Hindus and their religion.

Microsoft CEO Satya Nadella and Alphabet CEO Sundar Pichai was joined by other tech executives for a White House meeting with President Joe Biden to discuss efforts by private companies to improve cybersecurity following a dramatic uptick in ransomware and online attacks over the past year.