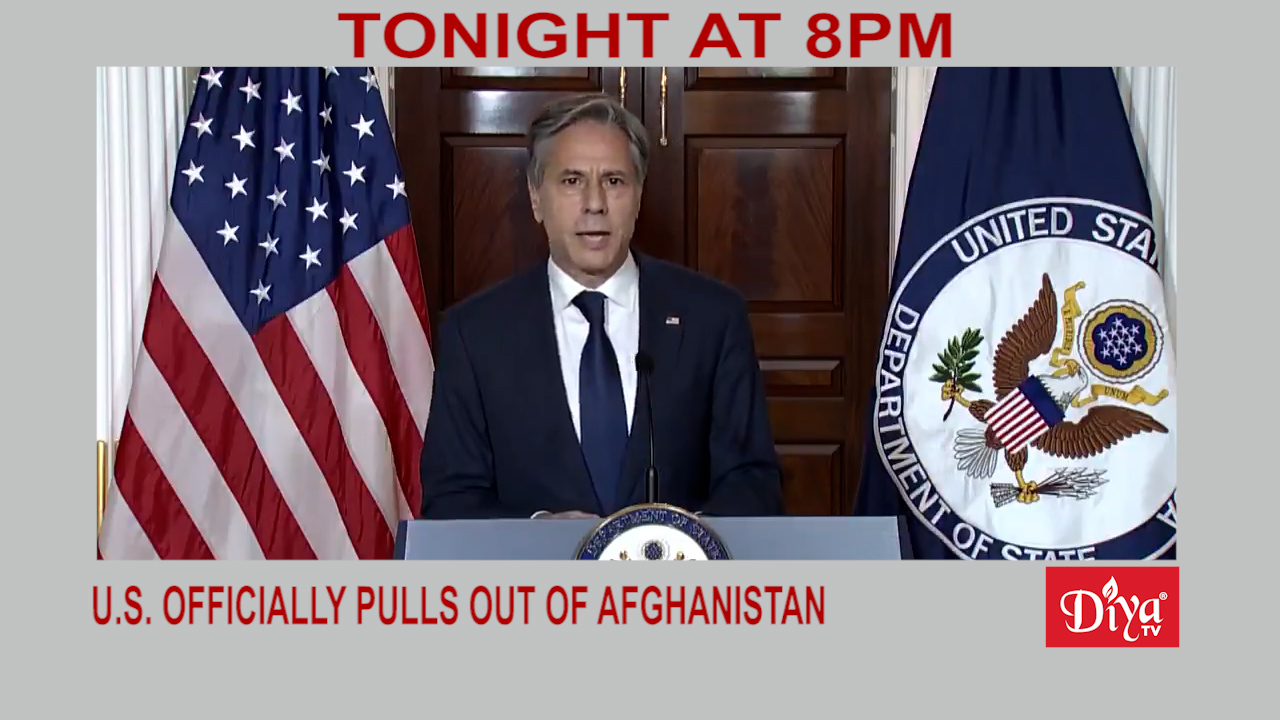 KABUL (Diya TV) — America’s longest war is over. The United States is out of Afghanistan, effectively ending a two-decade conflict that began not long after the  Sept. 11 attacks.

In the final week of the withdrawal, terrorists killed 13 U-S troops and dozens of Afghans in an attack outside the airport. The Taliban are now in control of the country.

It’s a new vaccine milestone. More than half of Indian adults now have at least one Covid-19 shot.  The country has so far given more than 620 million doses of three approved vaccines. The government aims to vaccinate all Indians by the end of this year.

Investors are closely watching ReNew Power’s expected merger with RMG Acquisition Corp. Renew is expected to become the first Indian company to raise more than $1 billion by combining with a U.S. special purpose acquisition company also known as a SPAC. It could pave the way for other Indian unicorns to do the same thing.

Nearly 200 killed, including 13 US troops in Kabul bombing