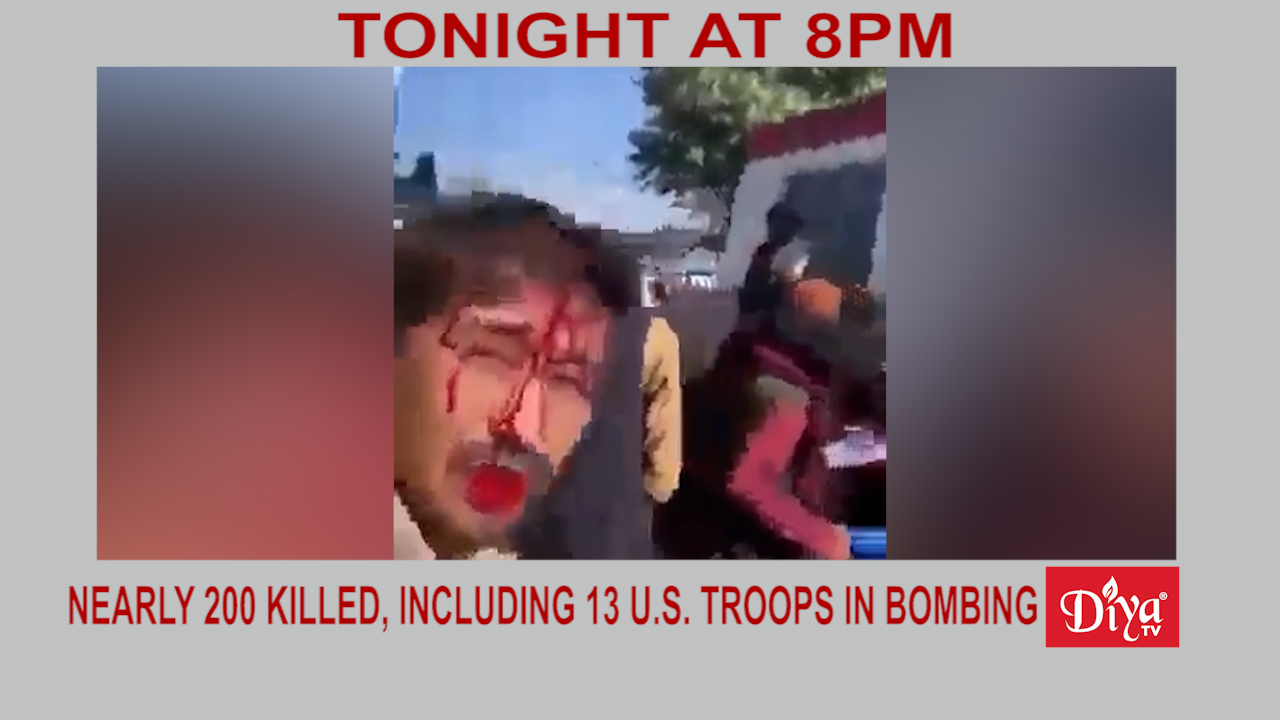 KABUL (Diya TV) — Two suicide bombers and gunmen attacked crowds of Afghans flocking to Kabul’s airport, transforming a scene of desperation into one of horror in the waning days of an airlift for those fleeing the Taliban takeover. The attacks killed at least 170 Afghans and 13 U.S. troops. At least 200 were also wounded.

India is on high alert. Officials say about 100 members of the terror group Jaish-e-Mohammed (JeM), who were released from Afghan prisons by the Taliban, have joined back and is planning to carry out fresh attacks in India, particularly in Jammu and Kashmir. Security officials say the developments in Afghanistan will also embolden Pakistani forces, which facilitate infiltration of terrorists.

The U.S. Supreme Court rejected the Biden administration’s eviction moratorium, a decision that puts millions of Americans at risk of losing a roof over their heads. Activists and lawmakers urged President Biden to extend the moratorium.  But the Court said that the Centers for Disease Control exceeded its authority. Those stories and all the news tonight at 8 join us.

US officially pulls out of Afghanistan