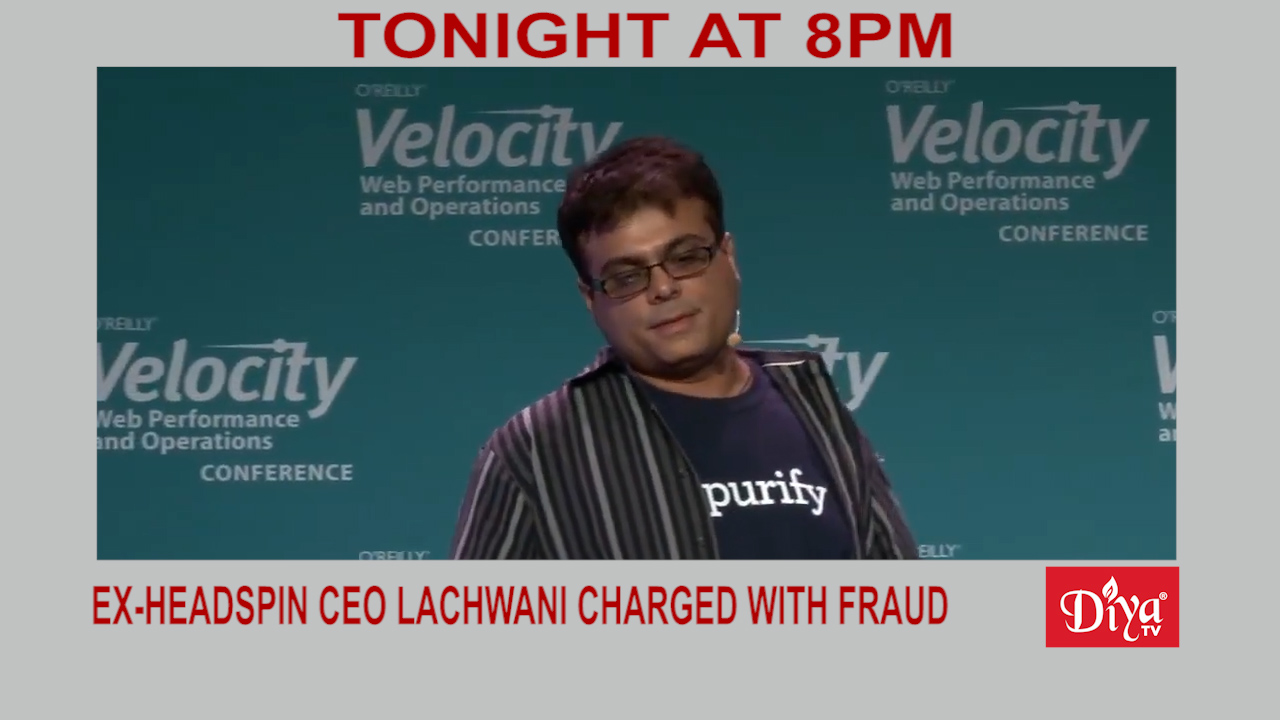 SAN FRANCISCO (Diya TV) — The ex-CEO of tech start-up Headspin was arrested and charged with defrauding investors.The Department of Justice alleges that Manish Lachwani overstated the company’s key financial metrics, including revenue, in an attempt to inflate the company’s value. He’s charged with wire and securities fraud.

He’s being called the last Hindu remaining in Afghanistan. Friends have tried to convince Pandit Kumar to leave the war torn nation. But the loyal priest is preferring to stay put and keep the prayer bells ringing in the Rattan Nath temple in Kabul for as long as possible.

Washington Post column that disparaged Indian food prompts backlash, a correction, and an apology. Columnist Gene Weingarten wrote that Indian food was “the only ethnic food in the world based entirely on one spice. “Top Chef” and “Taste the Nation” host Padma Lakshmi immediately called it out as “white nonsense. ”  Also adding that it was racist, lazy, and simply not funny. Weingarten later said sorry.

Nearly 200 killed, including 13 US troops in Kabul bombing

US weapons in Afghanistan could target India