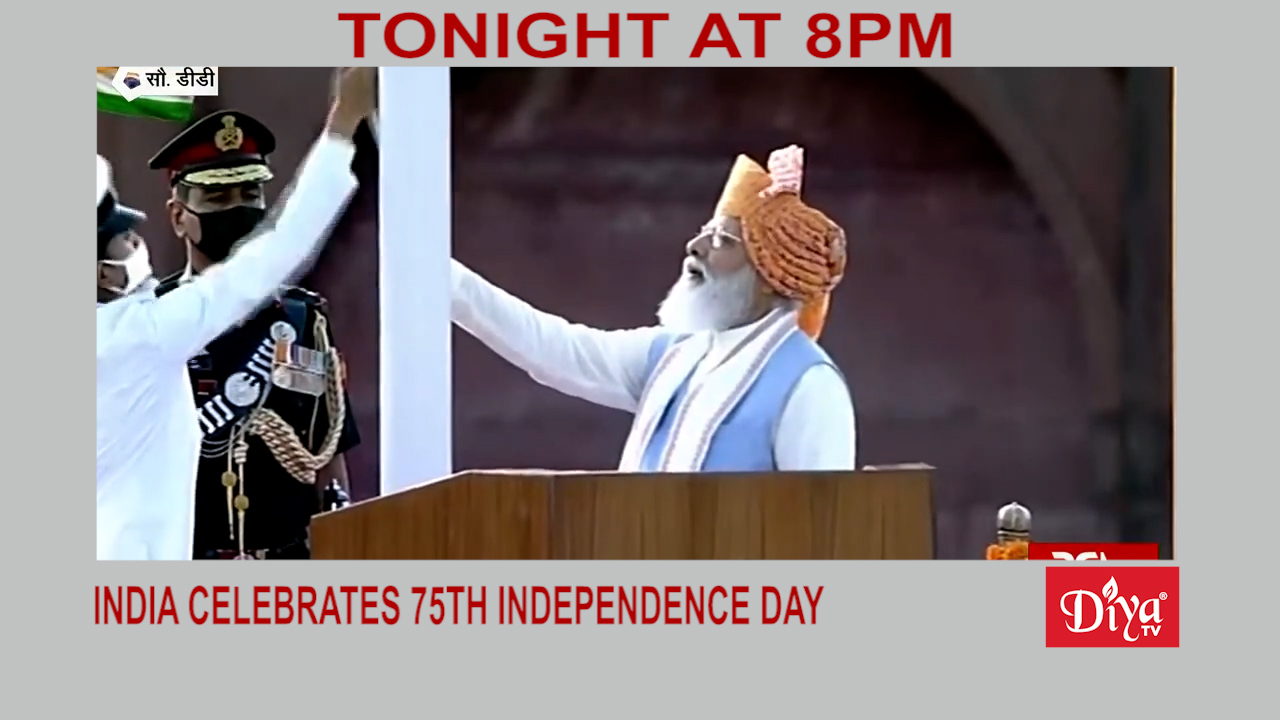 NEW DELHI (Diya TV) — India is celebrating its 75th Independence Day.  Prime Minister Narendra Modi hoisted the national flag and was joined by dozens of India’s Olympians including Covid-19 health care workers who helped on the front lines.  The theme for this year is ‘Nation First, Always First.’ The occasion was also marked by a 75 week festival.

Afghanistan is officially under Taliban control. The takeover of the country’s main cities was breathtaking in its speed and ease,  almost unopposed. The total collapse of the Afghan government forces following the withdrawal of the remainder of US combat troops has left many in Washington and other western capitals scratching their heads for answers.

And more help on the way in India’s fight against Covid-19.  New Jersey Governor Phil Murphy says his state will be sending the country more than 700,000 NK95 and N95 masks. As the home to one of America’s largest Indian communities, Murphy says they’re committed to supporting India in any way possible.